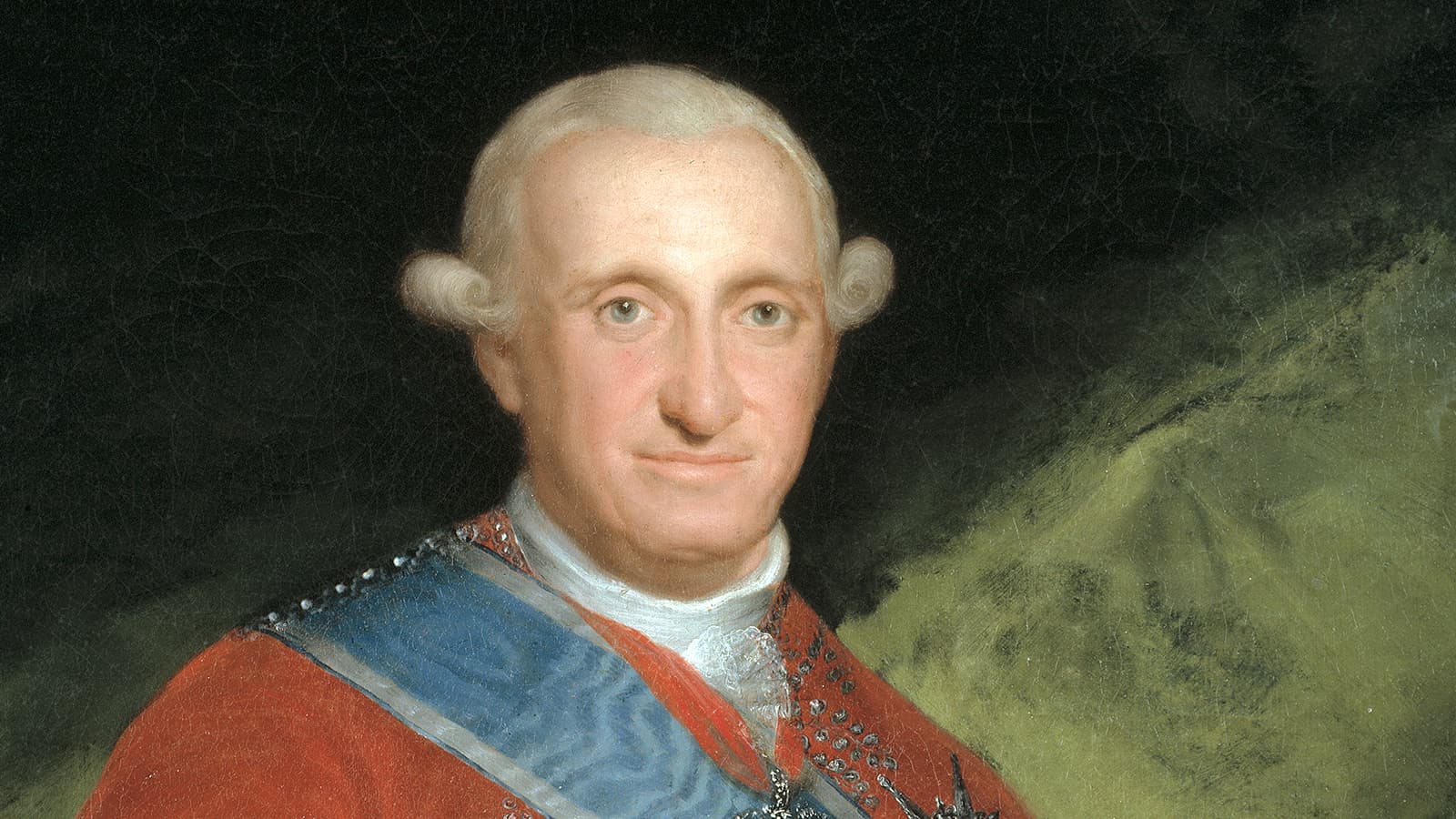 Mezcal is one of the oldest spirits in the Americas. We go into its history and the legal regulations that are prescribed for its production today.

History of the Mezcal

It is unclear where the name “mezcal” comes from. However, the prevailing opinion is that it comes from Nahuatl and is derived from the words metl (agave) and ixcalli (cooked). Both words combined result in mexcalli, which means nothing else than “cooked agave”. [1-24] [2-64] [3] [4] [5]

Mezcal is one of the oldest spirits in the Americas, along with those made from sugar cane. Most historians are of the opinion that distillation became known in Mexico after the Spanish reached the country. The latter are said to have started distilling mezcal in the mid to late 16th century. Since pulque was already known, it was obvious to make a distillate from agave.[1-19] [1-24] [2-18] [5] [6] [7] [8] [9] [18] However, early written evidence suggests that distillation was already being used in the first half of the 16th century. In 1536, Toribio de Benavente Motolinia writes of a drink called “mexcalli” in “Historia de los Indios de la Nueva España”. [9] [17] It is also said that as early as 1546 Spanish soldiers were obliged to mix their drinking water with an agave distillate, as the drinking water was contaminated with parasites and bacteria, which of course were not yet known at the time. [16]

However, there are also voices that doubt that the Spaniards would have started distilling. Instead, they suggest that it was Filipinos. The Philippines had also been conquered by Spain, so Filipinos travelled to Mexico as early as the mid-16th century. They are known to have produced a coconut brandy in the Mexican state of Colima. In this state, Filipino-style stills are still used today to distil mezcal. This could be an indication that distillation was learned there from Filipinos and not from Spaniards, because the latter used copper stills for it. However, there is also the opinion that the Indians had already discovered distillation 3500 years ago, but there is no clear evidence for this, and it is not very credible that distillation was known in Mexico long before it was discovered by the Greeks in the first century. At the same time, the Chinese are said to have discovered distillation, at least according to some historians. [1-24] [2-18] [2-19] [2-20] [2-21] [5] [7] [9] [16]

Mezcal through the ages

Spanish winegrowers complained about declining sales to Mexico. At the same time, this reduced the Spanish government’s tax revenues. As a result, the Spanish king, Phillip II, forbade the establishment of new vineyards in Mexico in 1595. However, nothing is known about agave and mezcal in this context. In any case, shortly afterwards, in 1600, Don Pedro Sanchez de Tagle established the first “industrial” agave distillery. He was a nobleman who had emigrated to Mexico, and rumour has it that his distillery was located in the town of Tequila. He acquired great wealth and is today also called the “father of tequila”, although he should properly be called the “father of mezcal”, because tequila as an agave distillate did not appear until several centuries later. [1-24] [1-25] [9] [16] As early as 1608, taxes were levied on the distillate by the governor of what was then New Galicia, and from 1636 onwards it was also necessary to obtain a licence in order to be allowed to produce agave distillates. [16]

In connection with mezcal, however, José Cuervo is also of interest. The history of the company of the same name that he founded dates back to 1758. In that year, he bought a hacienda from Vincente di Saldivar, who was already running a small distillery there. José Cuervos produced mezcal, then called “vino de mezcal”, and was extremely productive. Within decades, his distillery was producing hundreds of thousands of gallons a year. The “mezcal wine” was so popular that sales of Spanish wines and spirits decreased significantly. For this reason, the Spanish King Carlos III issued a ban in 1785, according to which mezcal and also pulque could no longer be produced, in order to promote the sale of Spanish products. [2-15] [3] [9] [16]

However, tax lists from 1786 to 1789 show that 3.5 million pesos in taxes were levied on pulque production. The prohibition was therefore not very strictly enforced, [10] nor did it stop the population from producing and drinking mezcal.

In 1795, Jose María Guadelupe Cuervo also received the first official permission from the Spanish king to produce mezcal commercially, which was then called “vino mezcal de Tequila”. However, the sole name “tequila” for an agave spirit was not used until about 90 years later. [1-25] [3] [10] [16] We will discuss later how mezcal and tequila differ from each other.

At the beginning of the 20th century, sales of tequila grew and Mezcal fell into oblivion. [1-26] Mezcal virtually disappeared from the scene for the next 80 to 90 years. It was still produced in small towns, mainly in Oaxaca, but the international and also the national markets were conquered by tequila, which could be produced cheaply in large quantities due to the changed production methods compared to mezcal. It was only in the 1990s that mezcal became better known again. [1-27]

Artisanal mezcal is still made as it was over 400 years ago. [1-24]Unlike tequila, mezcal is not usually produced industrially, but in small distilleries, of which there are an estimated 4000. Today, most mezcal comes from the state of Oaxaca and is mostly produced from the espadin agave. But the quantities exported are small, equivalent to only 0.7% of the tequila exported. [1-17]

In contrast to tequila, which received its protection as an “Appellation d’Origine Contrôlée”, or AOC for short, i.e. its “controlled designation of origin” as early as 1978, this did not happen for mezcal until the end of 1994 by a Mexican authority, and on 3 March 1995 also by the “World Intellectual Property Organization”. Due to this legal regulation, Mezcal may only be produced in Mexico today, and only in areas of the states of Durango, Guanajuato, Guerrero, Michoacán, Oaxaca, San Luis Potosí, Tamaulipas and Zacatecas. However, this does not correspond to historical practice. In other Mexican states, a comparable product has been produced for centuries. However, it is not allowed to call itself mezcal due to legal requirements, although the distillate traditionally produced in 26 of the 31 Mexican states is nothing other than a mezcal. [1-16] [1-65] [1-66] [1-76] [2-93] [3] [11] [12] [15] [19] [20]

On 23 February 2017, a new version of the Mexican Standard was published defining what a mezcal is. [21] [22] This has rendered some previous definitions invalid. We have adopted the changes as far as they have become apparent to us.

Mezcal is made from ripe, cooked agave hearts. The liquid extracted from these cooked hearts ferments spontaneously or through the addition of cultivated microorganisms, and is then distilled. [21] [22] In the past, mezcal was allowed to be distilled either from 100% agave, or from at least 80% agave with 20% sugar from other sources. [1-67] [12] [13] [14] This has changed with the new standard, according to which a mezcal must be distilled from 100% agave. Only ripe agaves that have been released for harvesting in certain areas within the protected area of origin for mezcal may be used. [ [21] [22]

Interestingly, only five agaves are defined from which Mezcal can be made. However, it is also permitted to use other types of agave, as long as they are not used to produce other AOC beverages within the same state. This means, for example, that one may produce mezcal from the Blue Agave as long as this is not done in one of the five states where tequila is produced. So, in principle, any agave species may be used to make a mezcal, and this is in line with centuries of practice. [1-67] [1-76] [13]

Depending on the production process, mezcal is divided into three categories, namely the traditionally produced “Mezcal Ancestral”, the artisan “Mezcal Artesanal” and “Mezcal.” [21] [22]

These categories differ as follows:

We go into more detail about this in the chapter on the maturation of mezcal. Furthermore, mezcal is classified in terms of its production into

An official permit is required to bottle mezcal. If products other than mezcal are bottled in the bottling plant, separate equipment, apparatus, containers and infrastructure must be used to avoid contact of the mezcal with other beverages and spirits. [21] [22] Mezcal must be filtered before bottling to remove solids, then it is closed and sealed. [21] [22]

For an export of the mezcal, an official certification is required, confirming that the mezcal, the bottler, the marketer and the brand owner have complied with the legal regulations. [21] [22] The category and classification must be indicated on a mezcal intended for export, regardless of the regulations of the recipient country. This information can also be translated into the local language. The label must state “100% Maguey” or “100% Agave” and the scientific or popular name of the agave used. If more than one agave variety is used, they are listed in descending order of quantity. In addition, the Mexican state in which the production took place shall be mentioned, as well as the name and address of the authorised producer, bottler or distributor. [21] [22]

The “Consejo Mexicano Regulador de la Calidad del Mezcal A.C.”, COMERCAM for short, which was founded in 1997, monitors whether all legal requirements are met in mezcal production and has officially certified mezcal since 2005. Mezcal may not be sold or traded without a COMERCAM seal of approval. [1-68] [13] [14] In the latest standard, on the other hand, one speaks only of the OEC, the “Organismo Evaluador de la Conformidad”, [21] [22] which can be translated as conformity assessment body.

In addition, there are other specifications, but we will not go into them here. [1-67]

There is criticism that the legal requirements for mezcal are very similar to those for tequila and therefore only partially correspond to traditional production methods and leave too much room for manoeuvre. For this reason, associations have been founded with their own guidelines that make stricter specifications and adhere to traditional techniques, thus also guaranteeing a higher-quality product. [14] The regulations of the new 2017 standard seem to take this criticism into account, as a categorisation according to artisanal and traditionally produced mezcal has been added here.