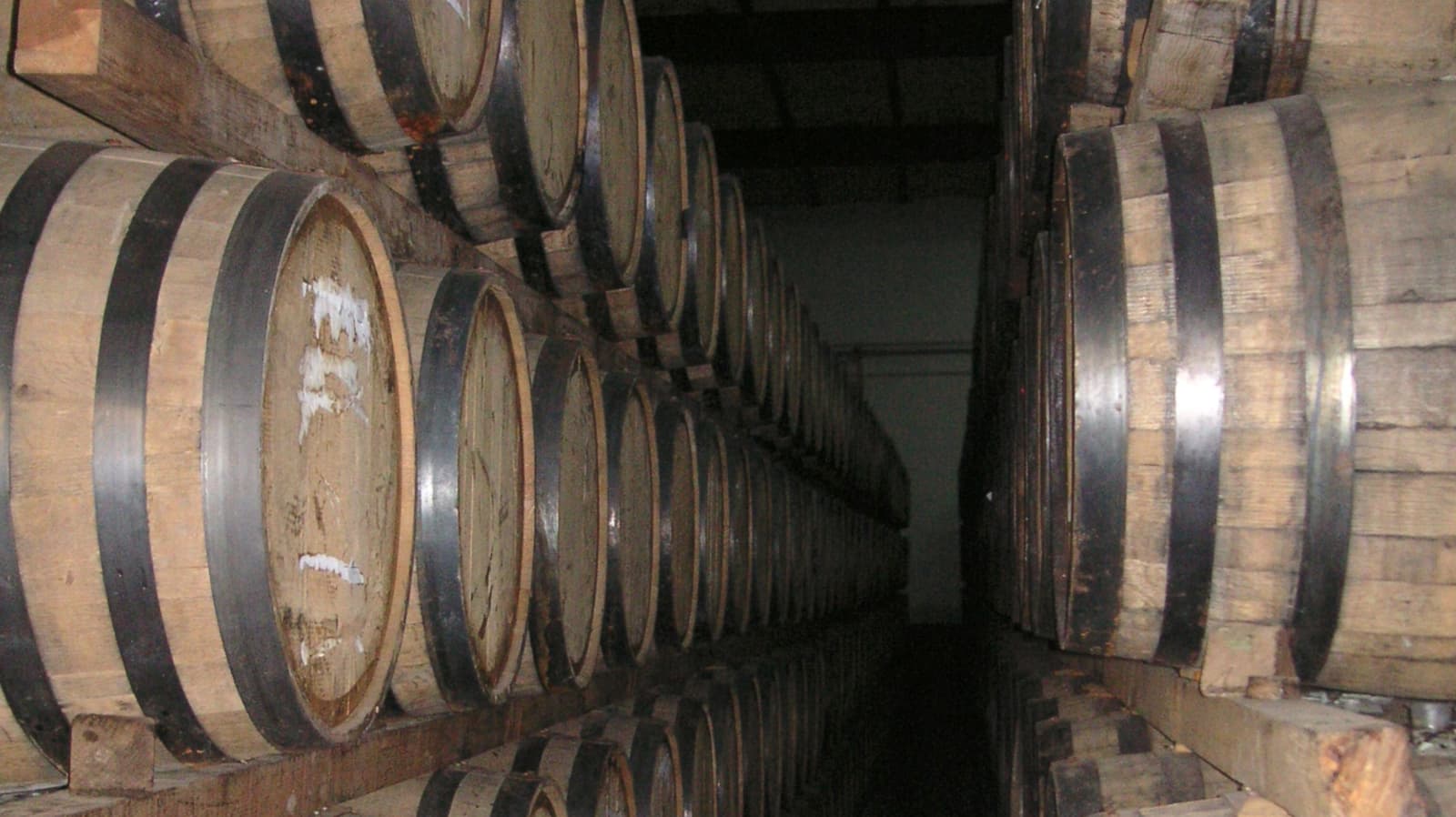 Today, the fermentation of tequila differs from that of mezcal in that, as a rule, cultured yeasts are used in a controlled environment rather than wild yeasts. [1-41] [2-60] [3]

Today, the fermentation containers are mostly made of stainless steel; in the past, they were made of wood. Some say that wood improves the fermentation and gives richer flavours. The Tequila Regulatory Council, on the other hand, advises against wooden containers for hygienic reasons, because steel is easier to clean. [2-54] [2-60]

Tequila is distilled differently than mezcal. The latter is distilled in batches and in small copper or clay pot stills. Tequila, on the other hand, is mainly distilled continuously in an industrialised process using the column distillation method in huge columns. [1-45] [4]

Nevertheless, tequila is required to be distilled twice. However, it is difficult to prove that it has been distilled twice using the column distillation method, which is why the pot still method is often used in addition. [2-25] [4] [9] [10] Tequila is also distilled more than twice, but as with any other spirit, this does not necessarily make the distillate better, because the purer a distillate becomes, the more it loses character and aroma. [2-25] [4]

Tequila is produced in large quantities. This is only possible with industrial, automated processes. Additives are also used, not only to increase efficiency, but also to enable consistent quality. One bottle should taste like the other. But this also means that none of these tequilas are still produced in the same way as Mezcal. Due to the industrialised, automated and uniform production methods, much of the distiller’s handwriting is lost. [2-26] [2-95] And so there are producers who give preference to traditional methods, and among these producers modern technologies are not so all-encompassing. [2-26] But most traditional methods are not required by law. [2-60]

Tequila is differentiated into

The Añejo Tequila is said to have originated around 1800. The company “José Cuervo” claims to have been the first to bring it to market in that year. It was inspired by wealthy Mexicans who enjoyed matured spirits such as whiskey or brandy. One might think that the Reposado is older than the Añejo, but that is not the case. The Reposado only came onto the market in 1974. The Herradura company claims to have been the first to develop the Reposado, in response to a product launched by Cuervo. Cuervo wanted to colour a Blanco Tequila with sugar caramel for the American market, where dark spirits were preferred. This embarrassed Herradura, because they were of the opinion that colouring had to be done by barrel ageing. So both companies made submissions to the Mexican authorities. [1-137] [2-xviii] [2-16] [12] As a result, Cuervo was allowed to market a coloured tequila with the designation joven or oro, as it is still prescribed today. At the same time, Herradura was allowed to market a barrel-aged reposado. Today, 80% of the tequila drunk in Mexico is a reposado, and so it seems strange that Herradura was not initially thought to be successful with her idea, since high financial expenditures were necessary for the purchase of barrels and storage space, and the maturing process also took a lot of time. However, it is important to know that at that time most tequilas were sold unaged, the Añejo was not popular. [2-xix]

Beyond the types mentioned in the last chapter, others are available on the market. For example, some producers started filtering matured tequila to remove the colouring caused by barrel ageing. Tequila also comes in different flavours, such as strawberry, citrus, chocolate or jalapeño. Additives are allowed and used to adjust the colour, aroma and texture of the tequila: sugar caramel is used to darken the spirit, oak extract to simulate barrel ageing, glycerine to adjust the texture and sugar syrup to sweeten. However, it is mandatory that the addition of such additives be listed on the label. [2-xix] [2-xx] [2-72] [5]