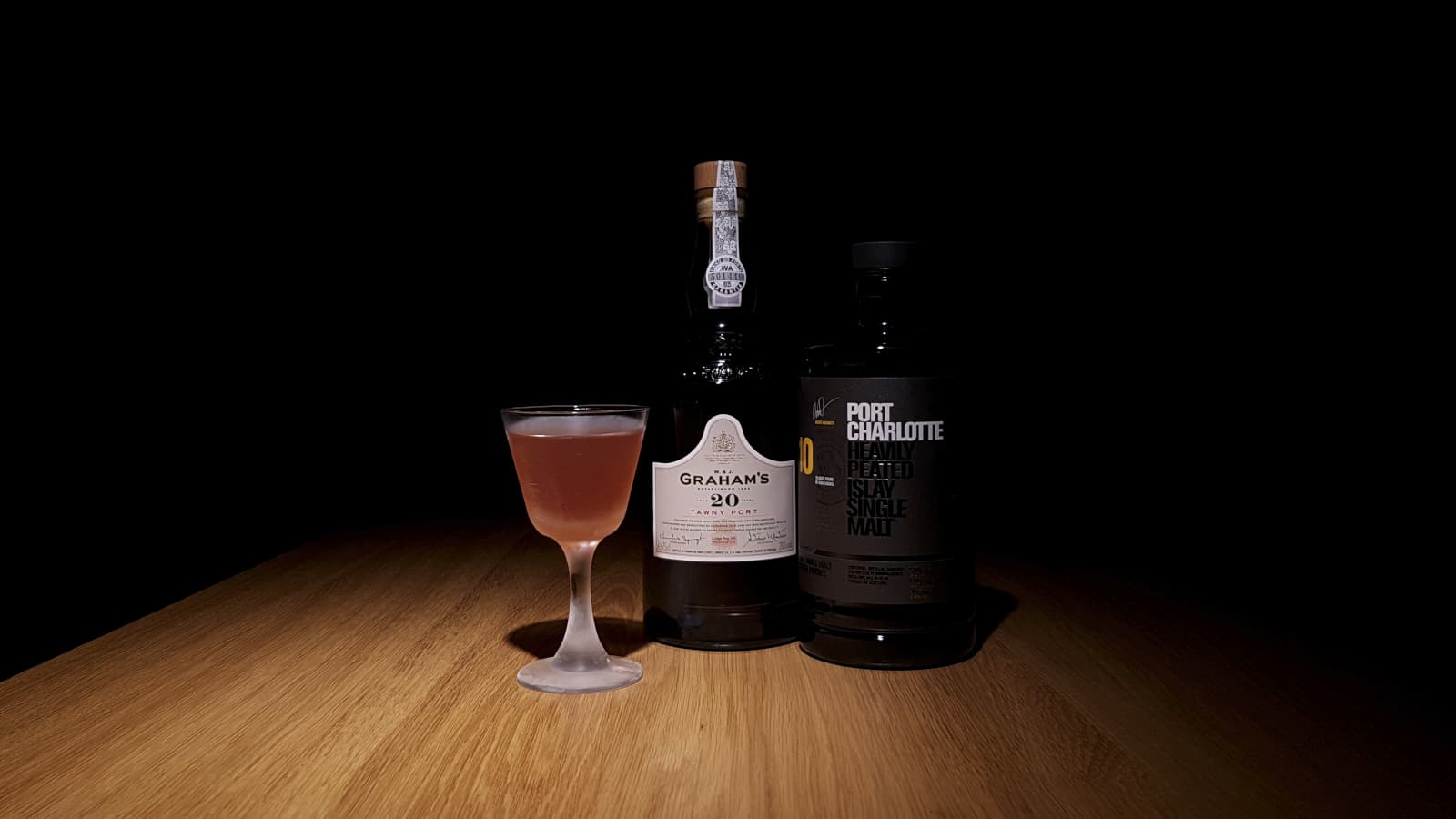 Tawny Port with smoky Scotch is a first-class combination. It doesn’t need more, because more would be superfluous.

It is amazing how much the two variants differ from each other. Despite the same ingredients, their character is very different, which is why we recommend trying both.

This drink came about by chance on 26 July 2019. I was drinking a port while Frank Arne was having a dram of Port Charlotte a little later. I thought to myself that the port smelled really intense today, full of aromas, until I noticed that it was a mixture of my port and the aromas of the Port Charlotte floating over from the whiskey glass. So I happened to notice how well the two aromatics interacted with each other.

A mixture of two parts Port Charlotte and one part Tawny Port mixed at room temperature is brilliant. If you want to enjoy the mixture stirred on ice, however, you have to increase the proportion of Port to compensate for the influence of the lower temperature. Equal parts are then allowed.

As the test has shown, other Islay whiskies do not harmonise as well with a Port as Port Charlotte.

The naming was quite simple. It refers to both components. On the one hand, it is “Port Charlotte”, on the other hand, it is the city that gives the port wine its name, Porto, also called “Oporto” in earlier times. If you combine the two, the result is “Port Oporto”.

In its combination of port with another spirit, this mixed drink is reminiscent of the Tinton Cocktail, which was published by Hugo Ensslin as early as 1917. He prepared the latter from one part port and two parts Applejack.