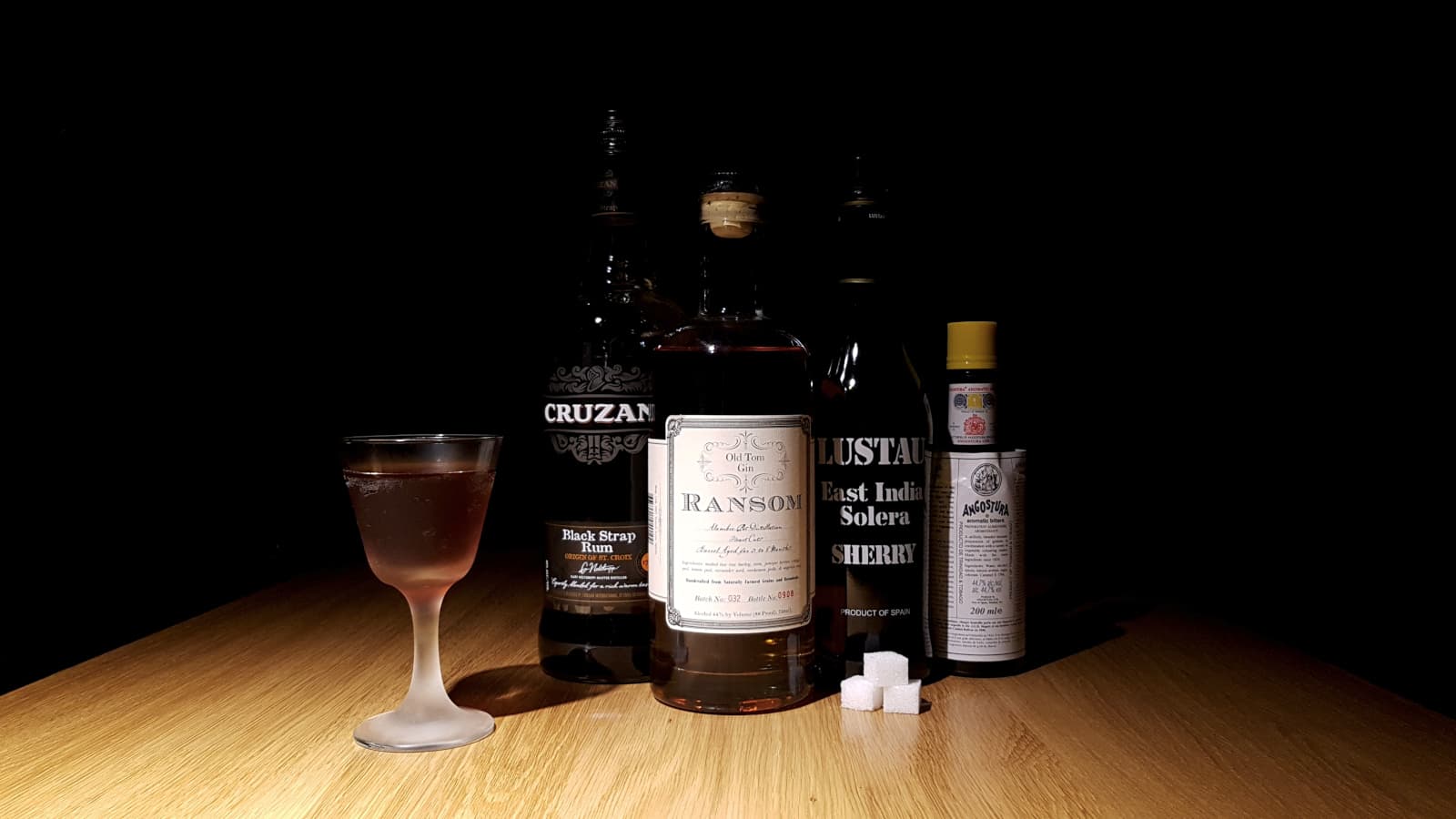 A wonderful drink in which the flavours of the individual ingredients complement each other perfectly: Gin, rum, sherry and Angostura Bitters. What seems a little unusual at first glance, however, turns out to be a first-class combination.

Drinks with rum and gin are relatively rare. This is certainly due to the fact that these two basic spirits are usually difficult to combine. With the Night Watch, however, one fits perfectly into the other. It probably only works with the specified brands, which mesh wonderfully and complement each other.

The drink is named after Rembrandt van Rijn’s painting “The Night Watch” and was developed by Jessica Gonzalez in 2011 at Death & Co. She prefers to name her drinks after works of art. Unfortunately, we could not find out why she chose the Night Watch in this case. [4]

The painting was created in 1642 and given the title “The Company of Frans Banning Cocq”. The title “The Night Watch” was only given to the painting at the end of the 18th century. The painting depicts a 17th century vigilante group when the Republic of the Seven United Netherlands was fighting for its independence from the Spanish crown during the Eighty Years’ War, which lasted from 1568 to 1648. With the Peace of Westphalia, independence was officially recognised by Spain. There are 34 people in the picture, with Captain Frans Banning Cocq and his lieutenant Willem van Ruytenburgh in the foreground. In addition to 18 riflemen, 16 other figures are also depicted, including Rembrandt himself in the far background. In 1715, the painting came to Amsterdam City Hall and was trimmed on all four sides to fit its new location. The original painting was 4.02 metres high and 5.10 metres wide. [1] [2]