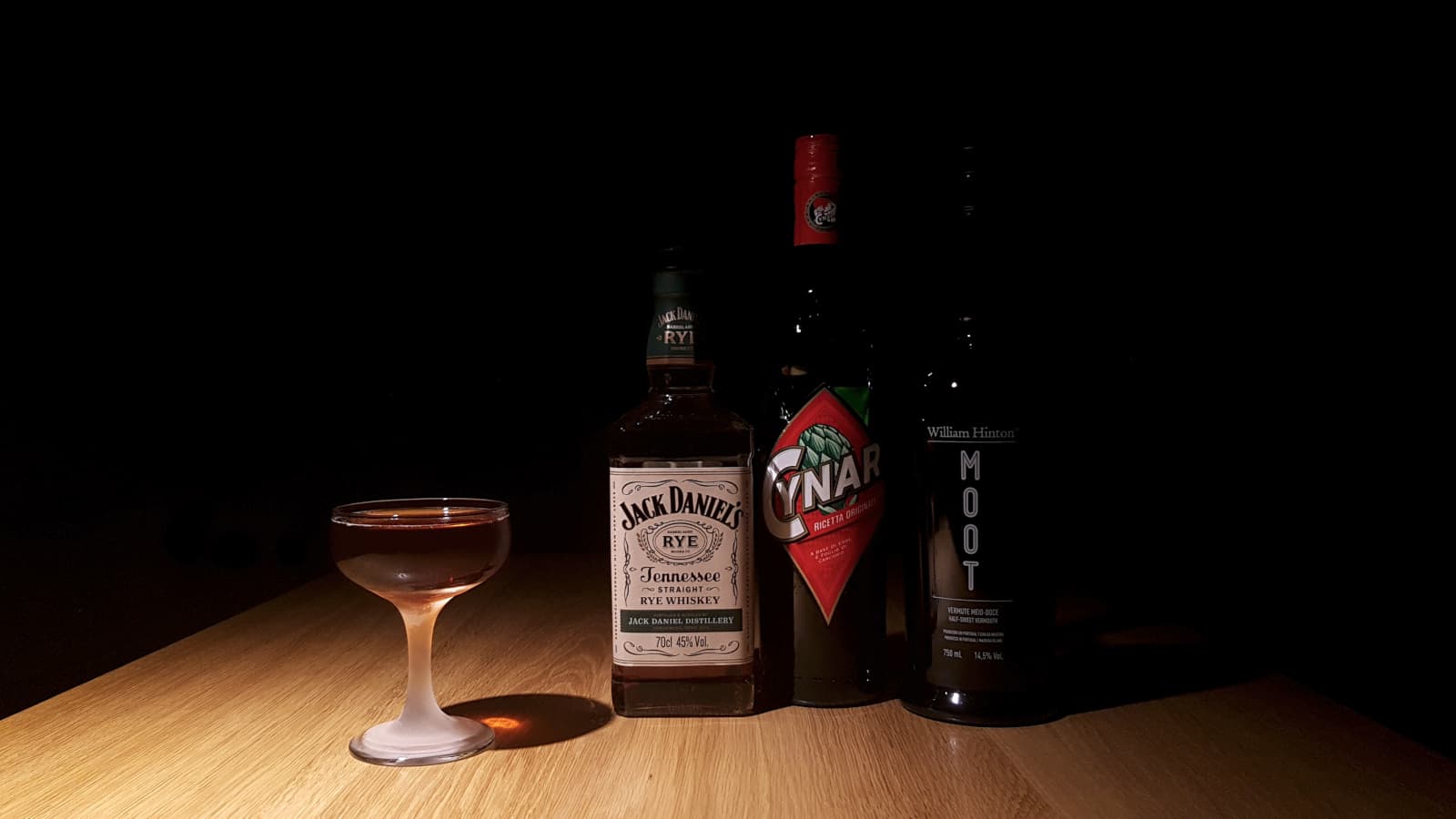 This Manhattan variant was developed by Audrey Saunders in 2005 and uses Cynar as a substitute for the bitters.

We like the Little Italy with ratios reversed compared to the original. We prefer 30 ml of Cynar and 20 ml of Antica, as the bitterness comes out nicer for us that way.

Some recipes also add some liquid from the preserved cherries used as garnish. [1] [6]

For Robert Hess, Little Italy is a modern classic. In autumn 2005, Audrey Saunders opened her Pegu Club. There she wanted to focus on drinks that were not vodka-based. The focus was also on American Rye, because back then, if you drank an American whiskey, you drank bourbon. Audrey had tasted a rye in England and was fascinated, and at the same time shocked, that there was this great American whiskey that nobody drank in America, and that you couldn’t even get there easily. Returning to America, she contacted the manufacturer and asked to get this Rye, it was Rittenhouse Rye, according to Robert Hess. She received a pallet of it and decided to use it to make cocktails that would show the potential of the rye. The Little Italy is one of those drinks. Robert Hess also reports that Audrey was one of the first to stop using “artificial”, bright red cocktail cherries as garnish, and instead used preserved ones of better quality, it is said to have been Luxardo’s Maraschino cherries. [5]

Audrey came up with the idea of using Cynar as a bitter in the Manhattan Cocktail at the New York restaurant ‘Raoul’s’. She reports: “We were drinking Manhattans right then, and I wondered what one would be like if I substituted Cynar for the Angostura bitters. Rittenhouse tied it together.” [10-95]

Since Audrey used both American and Italian ingredients for the Little Italy, and many Manhattan variants are named after a New York neighbourhood, she named her creation after a neighbourhood as well, appropriately Little Italy, [1] [2] bordering Soho to the east and about 300 metres from the Pegu Club there. Interestingly, the Manhattan Inn, where the Manhattan Cocktail probably originated, was also in Soho.

Little Italy is a former Italian neighbourhood of New York. In the 19th century, around 40,000 southern Italians lived there in narrow tenements in 17 blocks around Mulberry Street. The houses were so close together that the lower floors hardly got any light. Since the beginning of the 20th century, New York’s ethnic neighbourhoods have gradually dissolved, so that today only about five percent of Little Italy’s residents are of Italian descent. [9]