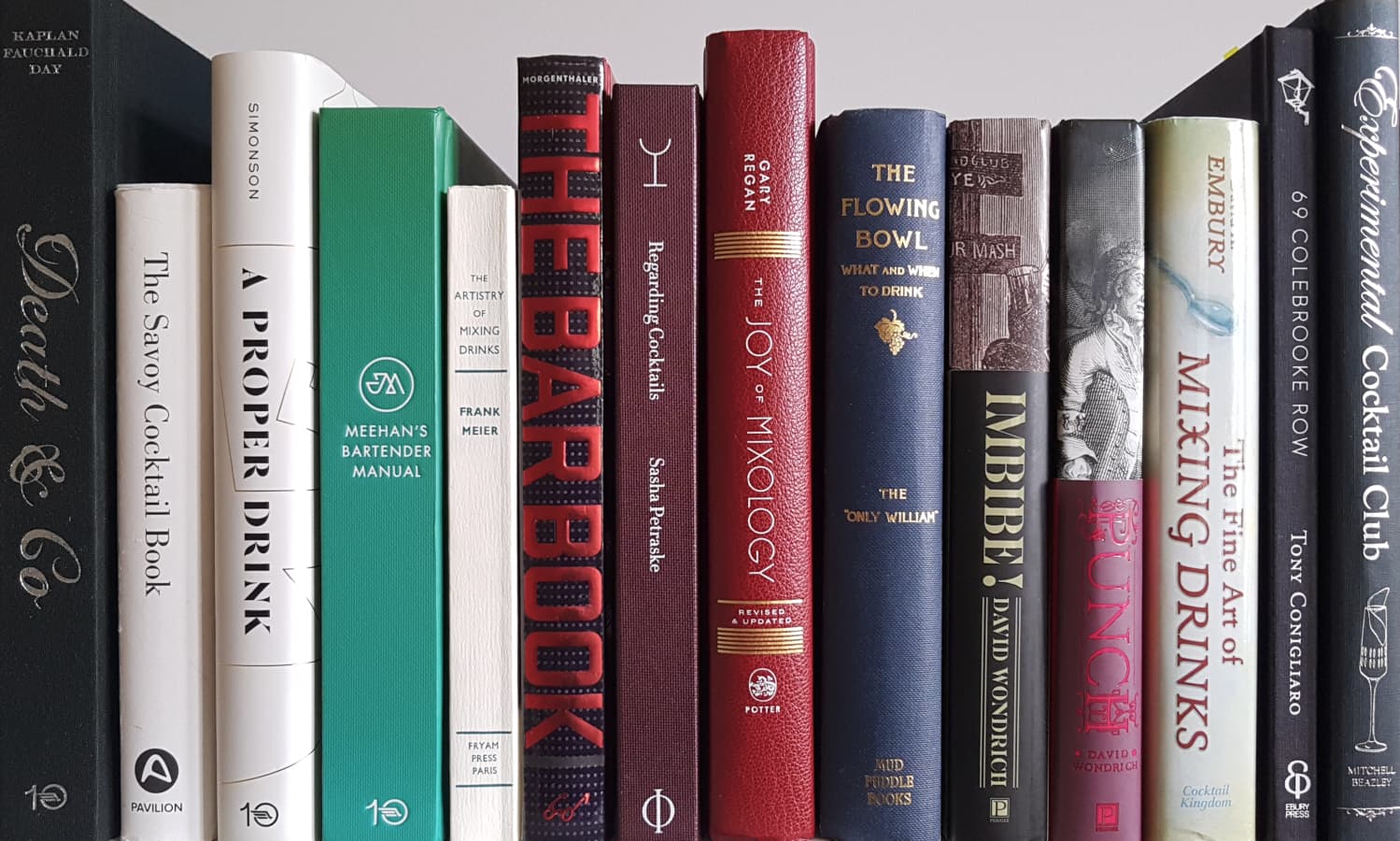 The most important basis for understanding drinks and their change over time are recipes that we can find in old books. At the same time, they provide inspiration and lay the foundation for creative new developments and exciting new discoveries. Many of the old bar books are now available digitally. We have gone in search of them on the internet and compiled a list of the most important books.

Due to the numerous publications available, this paper is published in several parts, as follows:

We begin in 1827 with the publication of Oxford Night Caps. This book is the first known English-language publication devoted exclusively to mixed drinks. It stands to reason to make a further division in 1882. In this year, Harry Johnson published his book “New and Improved Bartender’s Manual” for the first time, not only a collection of recipes but also a comprehensive guide on how to run a bar successfully, not only in English but also in German as a “Practical, New and Improved Manual for Bartenders, Saloon and Hotel Owners, Coopers, Vintners, Housewives etc.”. He thus created a milestone in bar history. More importantly, however, the Manhattan Cocktail was also first mentioned in “The Ocean Democrat” in 1882. This cocktail paved the way for vermouth cocktails, which became established with numerous creations in the following period. Although there was already a vermouth cocktail in 1869, what is new about the Manhattan Cocktail is the use of a base spirit together with vermouth. This development led to a golden age of bartending, which came to an abrupt end with the onset of Prohibition in 1920. Although there has been a steady development since the 1880s, for the purposes of this bibliography the late from the early part of this era will be separated in 1900. Harry Johnson’s second edition was published in that year, and furthermore, this results in two equal periods of 18 years each, since the last important books before Prohibition appeared in 1917. The age of Prohibition is treated as a separate section, as is the period up to the entry of the USA into the Second World War.

The most important internet sources

Many of the historical books have been digitised and can be viewed on the internet. The most important places to look for such books are the following:

archive.org: The “Internet Archive” is a non-profit project for the long-term archiving of digital data in freely accessible form. It also digitises books that have become public domain due to copyright expiry or other reasons. (For more information, please refer to the related Wikipedia article.)

openlibrary.org: The “Open Library” is part of the “Internet Archive”. It is based on a bibliographic database. A separate website is to be created for each published book. Beyond a bibliographic record, access to a digital copy of the book with deposited full text is provided in many cases. (A more detailed description is given in the associatedn Wikipedia article gegeben.)

hathitrust.org: The “Hathi Trust” brings together digital content from various organisations. Many of the digitised books listed there are available in the public domain. (The related Wikipedia article provides more details).

Some important books, which will be referred to again and again in the following articles, are unfortunately not (yet) available in digital form on the internet. Nevertheless, they have been included in the list.

0 comments on “The foundation of bartending – historical books in the age of the internet. Part 1: Introduction”