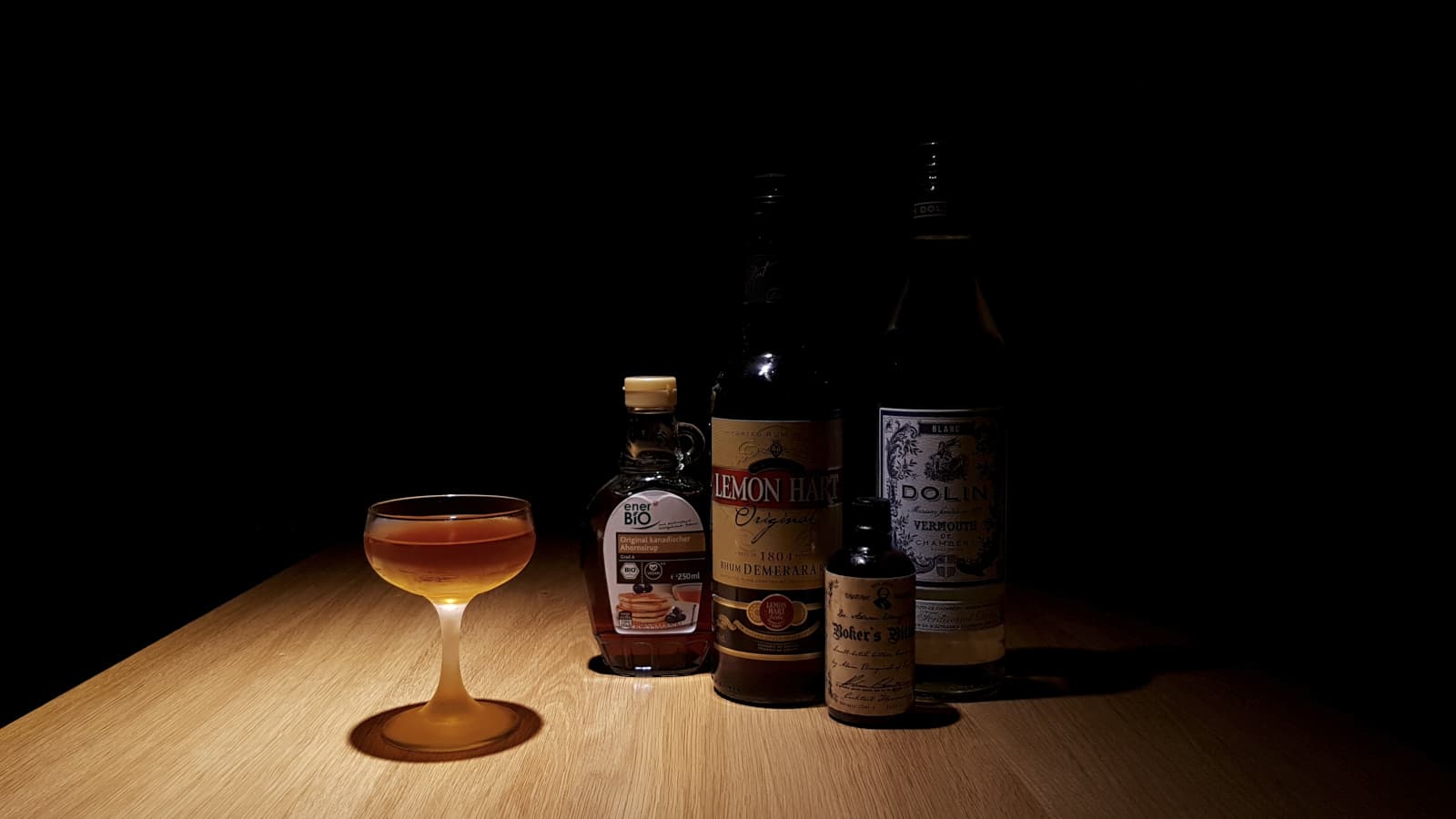 This is a Manhattan variant with rum and maple syrup that is completely convincing.

The Kennedy Manhattan was created by Carl Wrangel at the Oak Room in Copenhagen in 2011. Carl was unpacking a shipment of spirits and noticed that his supplier had sent the wrong rum, fifteen-year-old El Dorado rum instead of twelve-year-old. It also contained the wrong vermouth. Instead of the Dolin Dry, a Dolin Blanc had been delivered. Carl thought about what could be done with this wrong delivery, and this cocktail was created. [1]

The name refers to Carl’s friend, Sean Kennedy, who was sitting at the bar at the time Carl first made the drink. [1]

Since we don’t have any El Dorado rum in our range, we had to look for another rum. It was clear to us that it had to be a Demerara rum from Guyana, and so we finally tried the Lemon Hart rum. The result was convincing. Please forgive the modification of the original recipe.