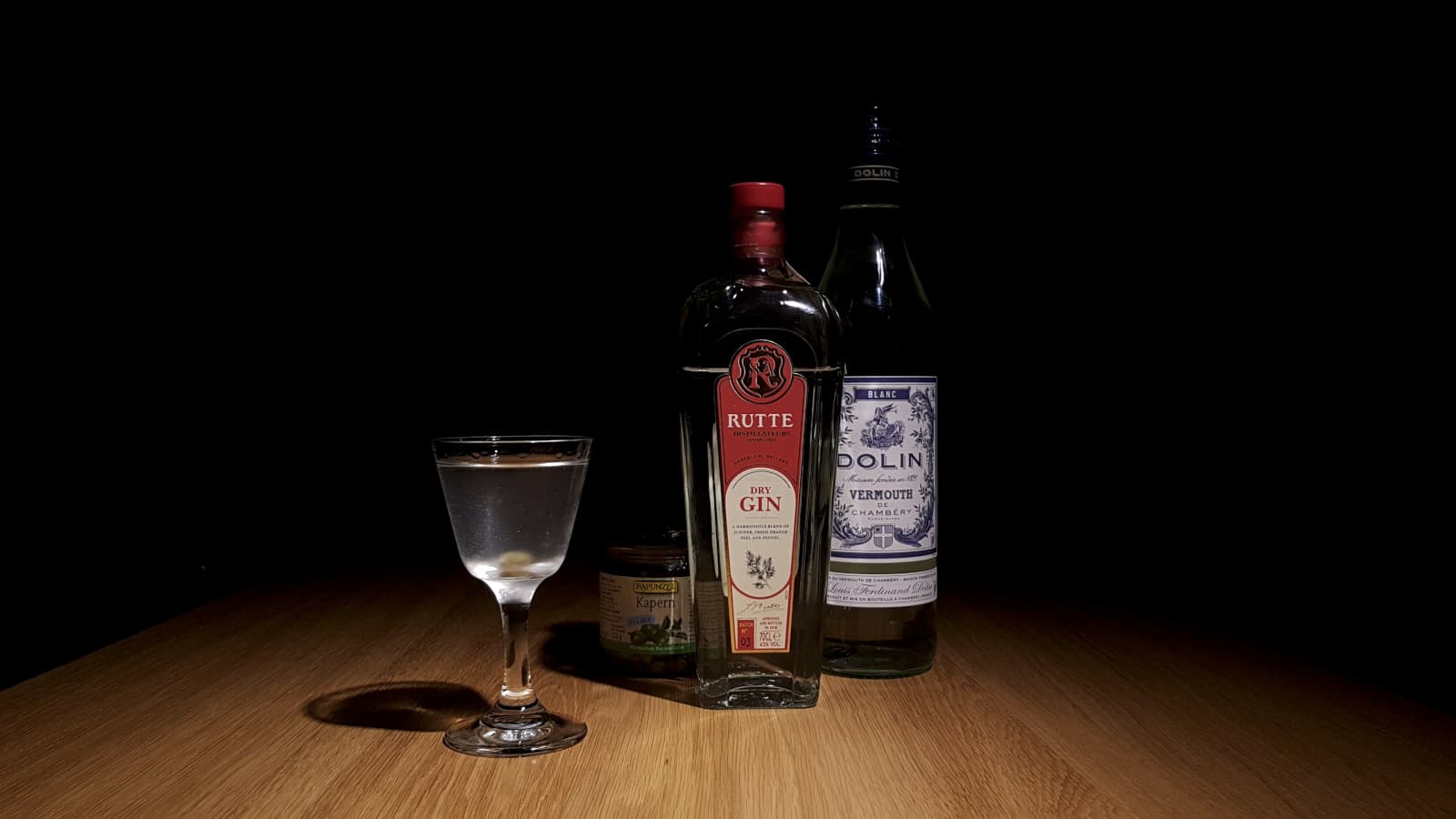 This is a Dirty Martini with capers instead of olives – a successful variation for all those who like capers and don’t know where to put the brine.

Preparation: Stirred, serve with a caper in a glass.


On 31 August 2019, we came up with the idea of releasing something quite impossible to coincide with the first of April. It occurred to us to prepare and advertise a mixed drink with the most unsuitable components. For example, with a very cheap vinegar essence, which would of course be called quite poshly “essence de vinaigre”, as the acid source, something to nibble on as a garnish in it, sugar beet syrup as a sweetener. But of course you wouldn’t be allowed to show any real product brands in the photo, you would have to create them yourself. The most adventurous things came to mind and we had a lot of fun with it. We imagined that someone would actually prepare this drink. The challenge was also to create something really delicious. A name had to be found, of course, and Frank suggested “Kapernikus”. I don’t know how he came up with it.

But that was the beginning of a new love. The name is a venerable reminder of Nicolaus Copernicus. But it also reminds us of capers. And – weren’t we on the lookout for abstruse mixing ingredients? So shouldn’t we throw a few capers into the drink instead of olives? We thought a little about the capers, and suddenly they didn’t seem so wondrous as an ingredient. Isn’t there also a Dirty Martini that uses olive brine? Couldn’t the capers we love so much work just as well there?

Finally, on 6 September 2019, we put this idea into practice: 35 ml each of Rutte Dry Gin, 35 ml Dolin Blanc and 5 ml caper brine, stirred, and served with a caper as garnish. It’s certainly not a drink for the menu of a bar – because what should you do with all the capers that were left over – but if you have caper brine left over, don’t dump it, but make it into this delicious drink instead. Enjoy it!