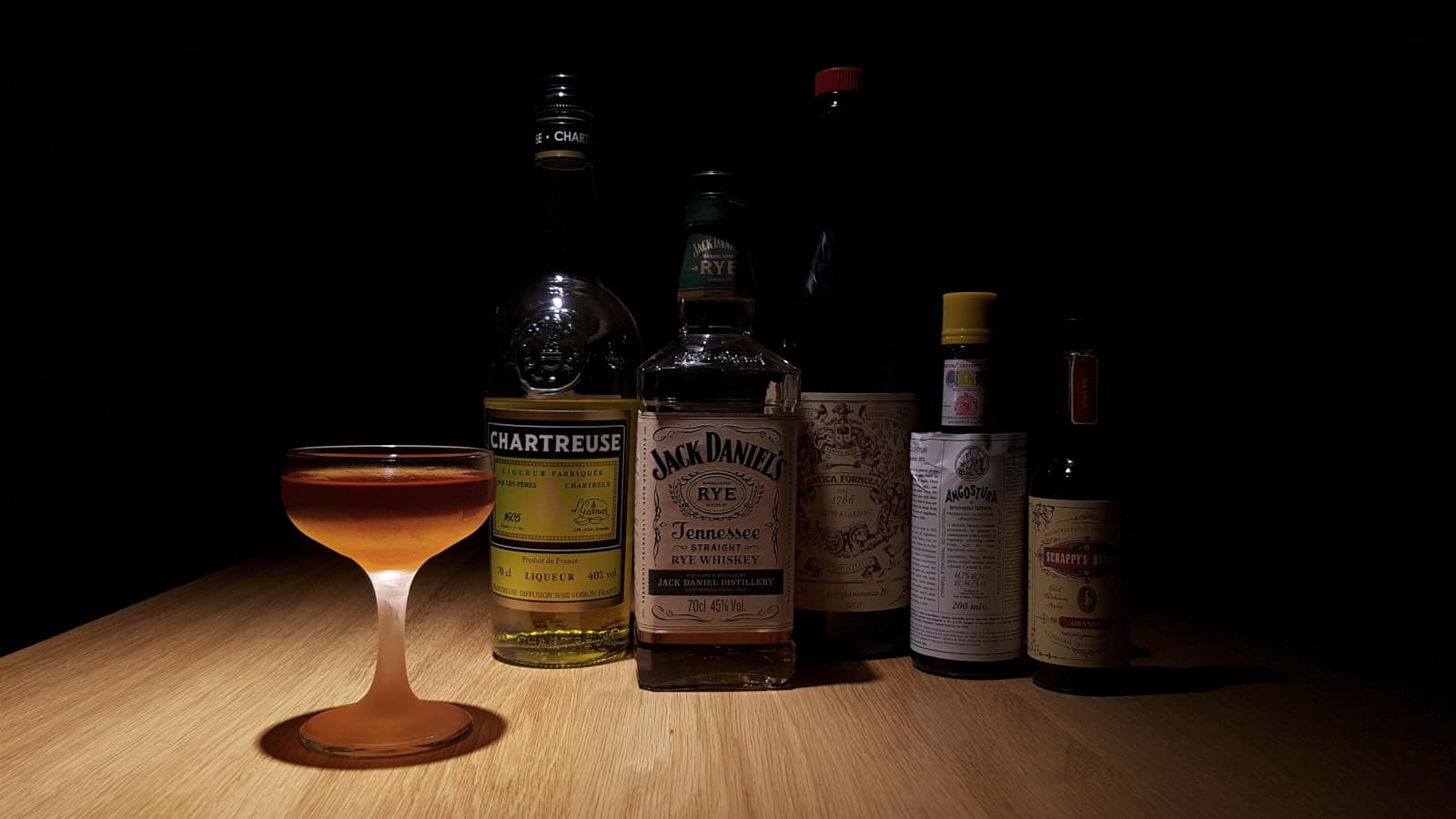 This is a successful Manhattan variation by Michael McIlroy, created in the New York bar Milk & Honey.


In 2005, Vincenzo Errico, a bartender at Milk & Honey in New York, developed the Red Hook, a variation of the Manhattan cocktail. This is made with rye whiskey, maraschino and Punt e Mes. Some also see a relationship to the Brooklyn Cocktail. Thus, the drink was named after a borough that is part of Brooklyn, but geographically is located roughly between Manhattan and Brooklyn. This drink impressed many bartenders, and subsequently numerous drinks were created that were variations of a Brooklyn Cocktail or Manhattan Cocktail, and named after other New York boroughs, most of which are in Brooklyn. [1] [2] ne of these is the Greenpoint, created by Michael McIlroy, then also a bartender at Milk & Honey and now the owner of Attaboy. [1] [2] [3] The latter lived in Greenpoint at the time, and so the new drink was to be named after that part of town. It therefore seemed obvious to use a green Chartreuse, but as this was not optimal in terms of taste, Michael decided to use yellow Chartreuse instead. [3] [4]

You can find various recipes of the Greenpoint, often with Punt e Mes, with Angostura and orange bitters, with different quantities. At this point we do not want to go into detail about who modified the recipe and why, because we have found the original recipe and that is what we want to concentrate on.

One bartender reports that Michael McIlroy’s original recipe is as follows: 50 ml rye whiskey, 12.5 ml sweet vermouth, 12.5 ml yellow Chartreuse, 2 dashes Angostura bitters, 1 dash orange bitters, no garnish. In the Milk & Honey, Rittenhouse was used as the rye whiskey and Antica Formula as the vermouth. This information is extremely trustworthy because the person reporting was a bartender at PDT. He states that all the recipes of the PDT, Death & Co, Flatiron, Milk & Honey and Pegu Club were in common access, so that it was very easy to prepare drinks from another bar if they were ordered by a guest. At the PDT, they used Punt e Mes as the vermouth, but the original recipe did not specify it, but spoke of sweet vermouth. [2]

We tried both Punt e Mes and Antica Formula and clearly prefer the latter. Punt e Mes does not blend in as harmoniously. This may be the reason why many recipe variations were created with Punt e Mes, as they tried to get a little more balance into the drink.