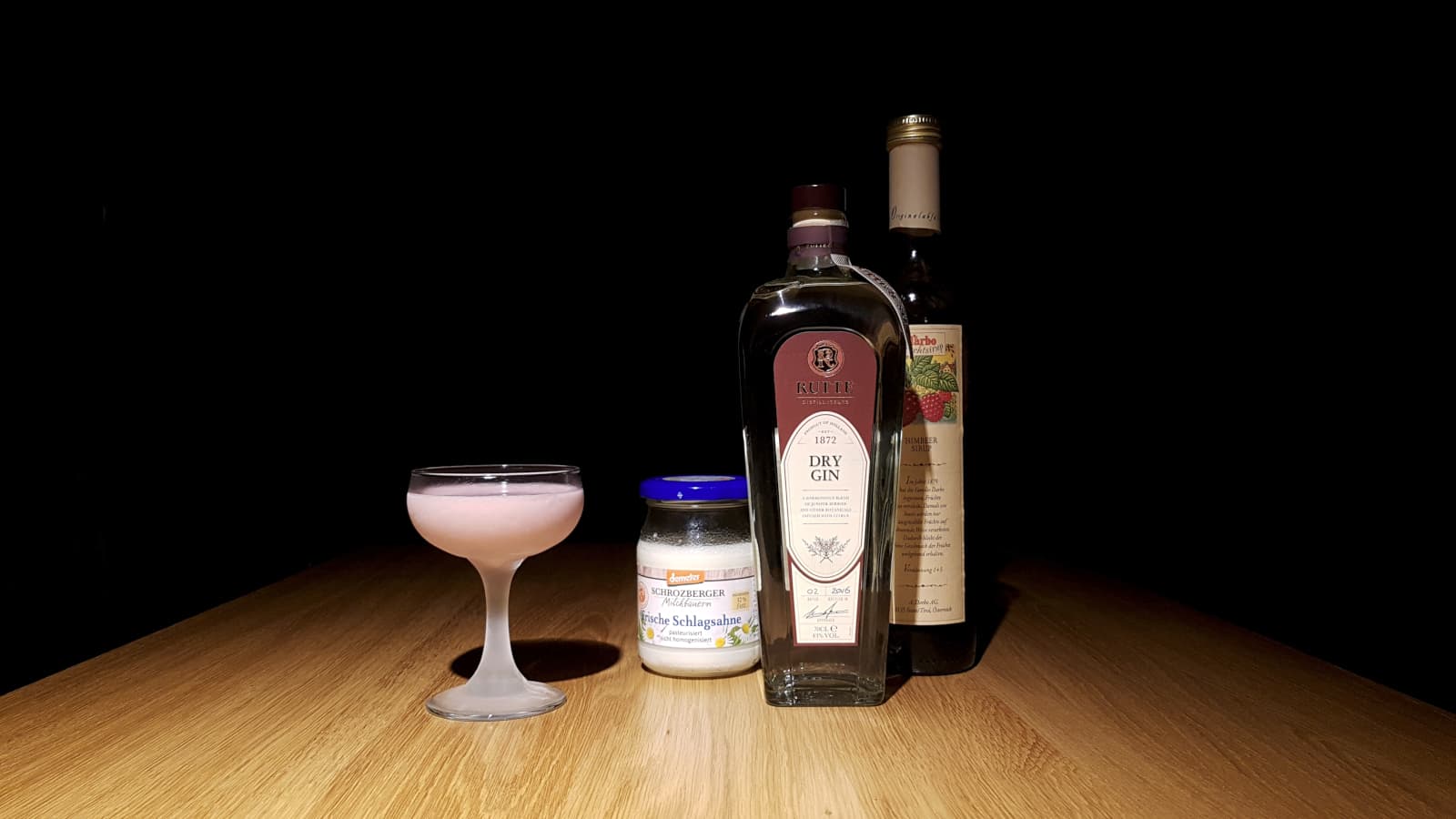 It doesn’t always have to be a Brandy Alexander if you want to enjoy a cream drink as a dessert. There is an equally good alternative: the Belmont Cocktail.

The Belmont Cocktail was first published by Hugo Richard Ensslin, i.e. in 1917 – or more likely already in the first edition of his work from 1916, which we do not have, however.

Unfortunately, it has not been handed down where it got its name from. So we have to think about it ourselves. In this case, it is not even that difficult. We have come across a story that may not be true, but it makes a lot of sense.

We may assume that the name refers to something that was significant around 1916 or shortly before. We are convinced that it was August Belmont Jr.

August Belmont, who was born in 1853 and died in 1925, was a banker, horse breeder and owner of a horse racing stable. In 1902, he built the Belmont Park racetrack. The horse Man o’ War, bred by him, was the most successful American racehorse of the 20th century. Also in 1902, he founded the Interborough Rapid Transit Company (IRT), which operated the New York underground,  which he financed and built. [2] [3] [4] [5] [6]

In 1908, the Belmont Hotel, built by August Belmont, opened at 120 Park Avenue. It was designed by the same architects who designed the Grand Central Terminal right next door. With its height of 292 feet, the hotel was one of the tallest hotels of its time. August Belmont had a private underground station built in the basement of the hotel. He was the only person to ever own a private underground car. He called it Minola. His wife commented: “a private subway car is an easy taste to get used to.” In 1928, the hotel closed and was converted into an office building. In 1939 it was demolished. [1] [2] [4]

It is very likely that the cocktail was named after August Belmont. Certainly not after him personally. A person like him certainly didn’t prefer a raspberry and cream drink, and we don’t see any reference to the racecourse either. But we do see a connection to the Belmont Hotel. One can well imagine that the ladies of high society, for example, enjoyed this easy-to-consume dessert drink in the Palm Garden of the hotel.

So far, so good. We have no proof for this derivation. We like the story and find it credible. Let everyone decide for themselves.

Another aspect, however, speaks for the correctness of the assumption. So if the Belmont Cocktail is connected with the Belmont Hotel, which opened in 1908, how likely is it that the drink was known to Richard Ensslin, so that he included it in his book in 1916 and 1917? Very likely, because the Wallick Hotel, where Hugo Ensslin worked, can be reached from the Belmont Hotel after a short walk. It is about one kilometre away.

Different variations of the recipe are published. We stick to Hugo Ensslin’s original recipe. This is perfect for us.

It is noticeable that the books published after him use grenadine syrup. Yet it is precisely the raspberry that makes this mixed drink so delicious. It is not until 1934 that Patrick Gavin Duffy again suggests raspberry syrup. In total, grenadine is called for 24 times in our recipe collection, but raspberry only 11 times. In modern books, the Belmont Cocktail is missing altogether. It has been forgotten.

The Belmont Cocktail is recommended to all those who would like to drink something other than a Brandy Alexander. It is not a cocktail in the classic sense, nor is it a classic mixed drink in the conventional sense. But it is a small dessert-like delicacy, rather reminiscent of a fruity, creamy dessert. But sometimes that’s exactly what you want after a good meal. So let’s have a Belmont Cocktail and imagine that we are in the Palm Garden of the Belmont Hotel in 1906 with the fine company of ladies, enjoying this creamy delicacy while chatting. It’s worth it.