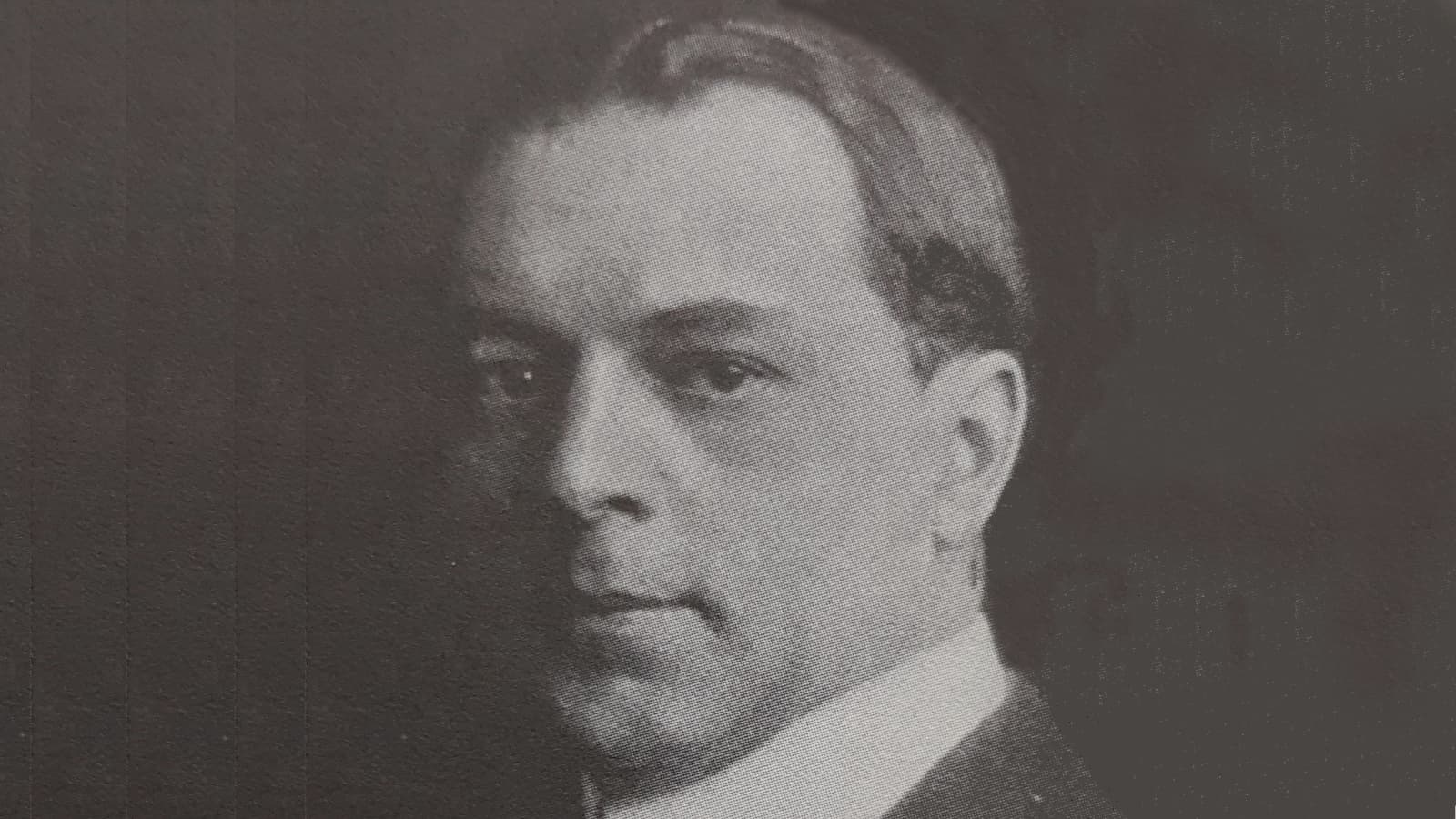 Hugo Richard Ensslin wrote an important book: Recipes for Mixed Drinks. It was self-published shortly before Prohibition. We don’t know much about him, although he is now considered one of the most important bartenders.

Hugo Richard Ensslin was not a special bartender. He was not employed in a famous hotel, but in a second-rate New York hotel. His name never appeared in the newspapers and he was not talked about in New York. So it is that we know very little about him. He was of medium height and build, had brown hair and brown eyes.  From immigration documents and the census, we know that he was born somewhere in Württemberg, on 25 January 1880. After apprenticing as a painter and photographer, he left for America unaccompanied by his parents, with only a single suitcase: at 16, in 1896, he booked a berth on the steerage of the Red Star Line’s SS Kensington and crossed from Antwerp to New York. At first he worked as a cashier for a few years, then went to Ohio for a while and back to Germany. In the early 1910s he returned to New York and worked at the bar of the Wallick Hotel in Times Square. He was employed there at least until the start of Prohibition. He enlisted in 1918 to fight on the side of the US in the First World War. We also know that he lived at 2013 Fifth Avenue in Harlem for many years. On 2 July 1907 he married Margaret Quigley, a native New Yorker who died in 1925. In 1925, he followed the manager of the Wallick Hotel to Wilkes Barre, a Pennsilvania town, where he managed the Sterling Hotel restaurant. In 1929 he shot himself, either because of health problems or because of a failed relationship. [1] [12] [14] [15] [16] [17] [18] [19] [20]

The house in Harlem has survived, it is the one in the picture shown here https://goo.gl/maps/P3B4ALXfS1BAJhDk6 the one in the block on the left edge.

Hugo Ensslin wrote an important book. It was self-published in his house in Harlem. The first edition appeared in 1916, the second followed in 1917. The book was not very successful and thus became one of the rarest bar books. It was so rare that at one point people didn’t even know it and were looking for it. [1]

The book was rediscovered in 2004 when David Wondrich found it on eBay. Since it had been published in New York, he bought it. When he received it, held it in his hand and leafed through it, eating soup on the side at lunchtime, he almost dropped it into the soup in surprise. The book was not what he had expected – an insignificant work. Rather, on page 7, he discovered the recipe for the Aviation Cocktail. He expected a recipe that corresponded to what was generally understood by it at the time – a mixture of gin, lemon juice and maraschino. Like everyone else, he assumed it was a drink that had originated in London in the late 1920s, not New York in the 1910s. The Aviation Cocktail was thought to have first appeared in Harry Craddock’s book The Savoy Cocktail Book, which was considered THE reference for cocktails for several generations. [1]

David Wondrich continued to search and leaf through this shabby book he had at hand, and found what he was looking for. Many drinks that were thought to have come from Harry Craddock were printed there! A total of 146 recipes or about 1/6 of Harry Craddock’s book. You can’t blame Harry Craddock, because that’s how everyone did it back then, they took recipes from other books, without citing the source. [1]

So why is Hugo Ensslin’s book so important? Not because it was influential, nor because he was famous and a respected bartender – at least we have to assume that, because we don’t read anything about him anywhere – nor is it the beauty of his book, the otherness of his recipes or the popularity of his bar. It is significant because it is one of the last manuals for bartenders to be published in the US before Prohibition and thus tells us about what was being mixed in New York’s bars. [1] The aim of the book is – as we are told at the beginning of the book – to give a complete list of the standard mixed drinks that are in use at present in New York City. [13] Hugo Ensslin wanted to give us a complete list of the standard drinks that were mixed in New York. This explains why, in retrospect, Imbibe magazine lists Ensslin among the 25 most important bartenders. [2]

But what is there to say about Ensslin’s place of work, the Wallick Hotel? It was built in 1880 as the Barrett House Hotel, an eight-storey building on the corner of Broadway and 43rd Street. It was opened by brothers William C. Barrett and Hooper C. Barret. William died in 1893, and Hooper eventually went bankrupt. Next door, the Cadillac Hotel was built a few years after the Barrett House Hotel. The two were merged in 1900. The brothers Louis C. Wallick and Adrian London Wallick purchased the hotel in 1905 and initially renamed it the Cadillac Hotel. In 1910 (other sources speak of 1913) it was renamed the Hotel Wallick. The hotel became famous for its cabaret and restaurant. It became a meeting place for society, especially before the onset of Prohibition. Shortly after the start of Prohibition, in 1919 or 1920, the Wallicks sold the hotel and it was renamed The Cadillac Hotel again. The bar closed in 1919 with the start of Prohibition. In 1939 the hotel was closed and demolished in 1940. [3] [4] [5] [6] [7] [8] [9] [10] [19]

Fortunately, we also found a photo from inside the Cadillac Hotel. It dates from 1906. In the back on the left is the entrance at the corner of the street, and on the right is the bar of the house. Unfortunately, the resolution is quite low, so it is not possible to determine whether one of the two bartenders might be Hugo Ensslin.

Regarding the Wallick family, it should be noted that they had already come to America in 1732, under the name Walck. The father of the two owners of the Wallick Hotel was Adrian Wallick, a musician from Ohio. [3] [19]