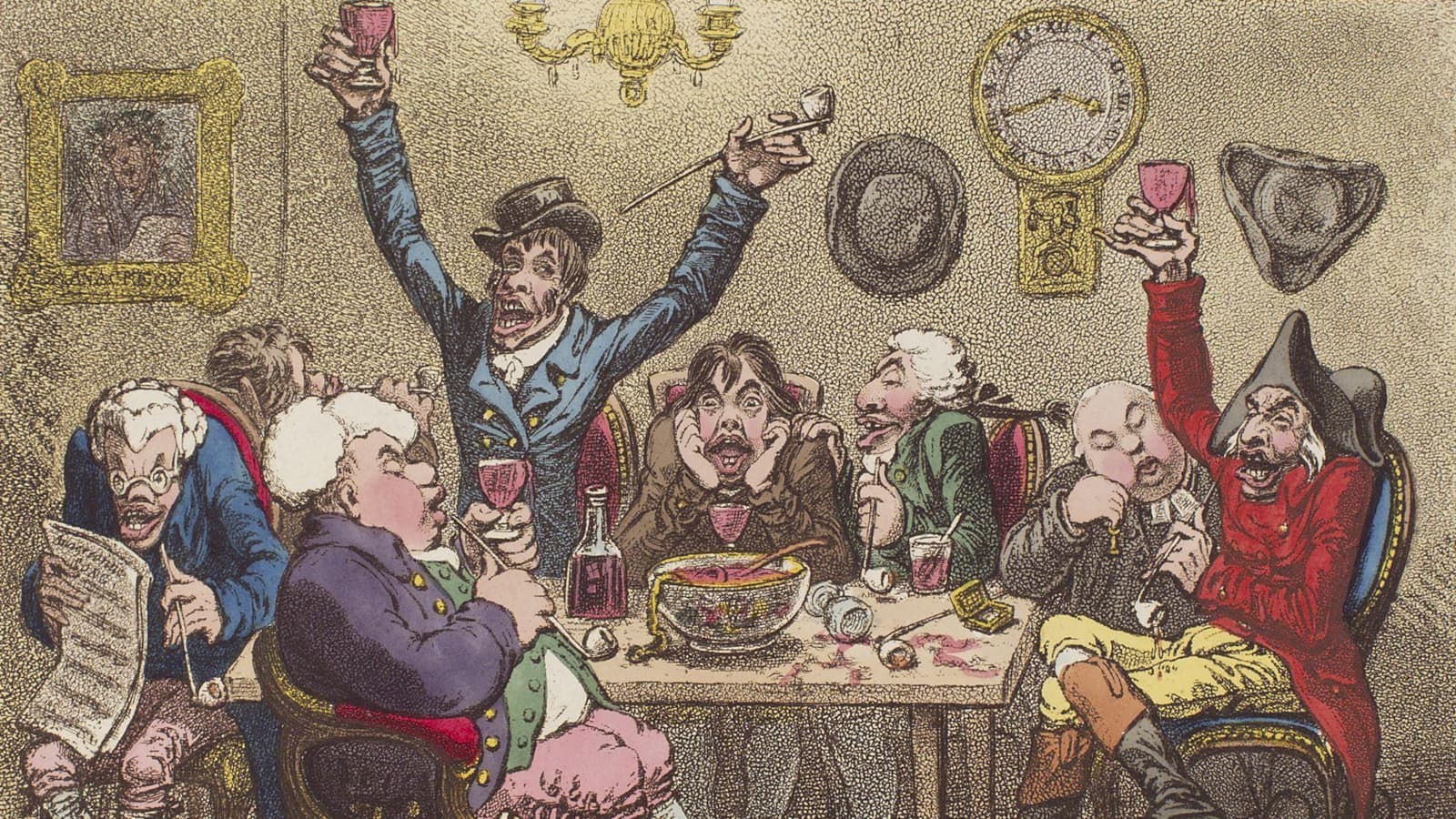 As we have shown, English sailors drank punch and made it famous all over the world. Many people deduce from this that punch is an English invention. In this post, we show why this is not true and why punch is an Indian invention.

Charles Bridges Mount suggested that punch was an English invention. [1-401] [1-402] J. Taalboys Wheeler opined in 1878: “It is a curious fact, not generally known, that punch was an Indian drink invented by the convivial [note: English] Factors at Surat.” [2-21]

He also attributes the invention to the English. The chain of evidence for the English origin of the punch compiled by Charles Bridges Mount and David Wondrich and supplemented by us is as follows: [19]

This chain of evidence is conclusive. It suggests that the recipe of a punch was already known in the Anglo-European tradition and therefore the sailors would have followed these recipes in India by simply using brandy with water instead of wine, and that is how the punch was created. In support of this thesis, it is also said that there are no Indian sources in which punch is described. So everything is clear, isn’t it? Unfortunately not.

We are of the opinion that Punch is an Indian invention. The chain of evidence compiled by Charles Bridges Mount and David Wondrich is quite correct in its compilation of facts, but the conclusions drawn from it are not.

There is evidence and weighty indications that make it seem more credible that punch is an Indian invention and that John Fryer was not fooled with his etymological derivation.

The origin of lemonade

We have already talked about some of the arguments in our post on the true origin of lemonade. Since we refer to the analyses made there in this chapter, the detailed source references are missing here, because they can be found there. We merely summarise them here and refer to the lemonade article for a detailed look. In addition, there is further evidence that speaks for an Indian origin of the punch. We will go into these in more detail afterwards.

In the article on lemonade we had stated:

We have found further evidence to support the above. Jürgen Andersen writes in 1644 that people in Batavia drank punch and other alcoholic drinks or soups. [3-10] Johann Jacob Saar reports something comparable from Ceylon in 1650 and additionally notes that punch was a common drink not only throughout India but also in Persia. [4-59] [4-60] This is confirmed by Erasmus Francisci in 1670 for India. [5-859]

In our opinion, these findings sufficiently prove that the blueprint for a punch may have been laid down in European recipes, but that the punch itself is of Indian origin. One prepared a lemonade with palm wine or diluted arrack, and the punch was ready.

But what about the spices? They absolutely belong in a punch if you want to prepare it true to the original. Traditionally, Indian lemonade is also prepared with spices. That is why a punch, i.e. an alcoholic Indian lemonade, also contains spices; just as John Fryer has let us know: Five ingredients belong in the “Paunch”: distillate, water, lemon, sugar, spice.

We can well imagine that in India the punch was not simply called punch, but that there was another addition to the name, which was not adopted and handed down by the English. This is supported by the fact that there are other Indian drinks and foodstuffs which all have such an addition:

Panchamrita, translated as “five elixirs”, is a mixture of the five foodstuffs honey, palm sugar, Indian yoghurt, cow’s milk and ghee (a type of clarified butter). Instead of palm sugar, Indian basil (tulsi) is also used, or other ingredients from different regions are substituted. This elixir is also used as an offering. [8] [9] [10] [11] [12] [13] [14] [15] „For hundreds of years, Panchamrut … is being consumed throughout India, mostly on auspicious occasions, but also generally as a tonic for the maintenance of the human system. … I personally am convinced that the English Punch is a derivative of the Indian PunchAmrut. Both were created as a concoction for wellbeing. Just like a lot of other stuff, the Punch was also one of those Indian creations that reached the other parts of the globe through the British. (Indians could not travel under the British Raj) Unfortunately, a lot of evidence, research, formulae and journals in India was destroyed intentionally…First by the Indians to prevent it from getting into the hands of the British, and then by the British before they were forced to leave.“ [16]

Panchagavya, translated as “five descendants of the cow”, is a mixture that is also used in traditional Hindu rituals and consists of five ingredients, namely those coming directly from the cow: Cow dung, urine, milk; plus those from further processing, yoghurt and ghee. This mixture is fermented. It is also used in Ayurvedic medicine. [17]

Panchratna Dal, translated as “five jewels”, is a lentil dish from Rajasthan, a northern Indian state. It is prepared with five different types of lentils. It is usually served on special occasions. [18]

So one can well imagine that a normal Indian lemonade, consisting of four ingredients, in its alcoholic form, with alcohol as a fifth ingredient, was called something like the five-ingredient lemonade, as “Panch Something”, and the English adopted only the first part of the name.

European Lemonade – An Echo of India

The Indian origin of lemonade can be seen in the first European recipes for lemonade: it was prepared with spices. We find it written down like this in the early French recipe books. For example, coriander, cinnamon, musk and ambergris are mentioned. Also, not only jasmine was used, but also orange, musk rose and clove blossoms. The roses are reminiscent of the rose water used in India. These ingredients were valuable and could be afforded at the court of Louis XIV. Poorer social classes had to do without them, and as early as 1659 a French recipe was published that did without these ingredients.

When one considers these contexts and reports, does one not inevitably come to the conclusion that the origin of punching must lie in India and that it must be an Indian invention? At any rate, we are convinced of this.

So far we have not gone into the traditional recipes for a punch in detail. This is the subject of the next article in this series. In it we will take a closer look at the first one hundred years of punch descriptions.