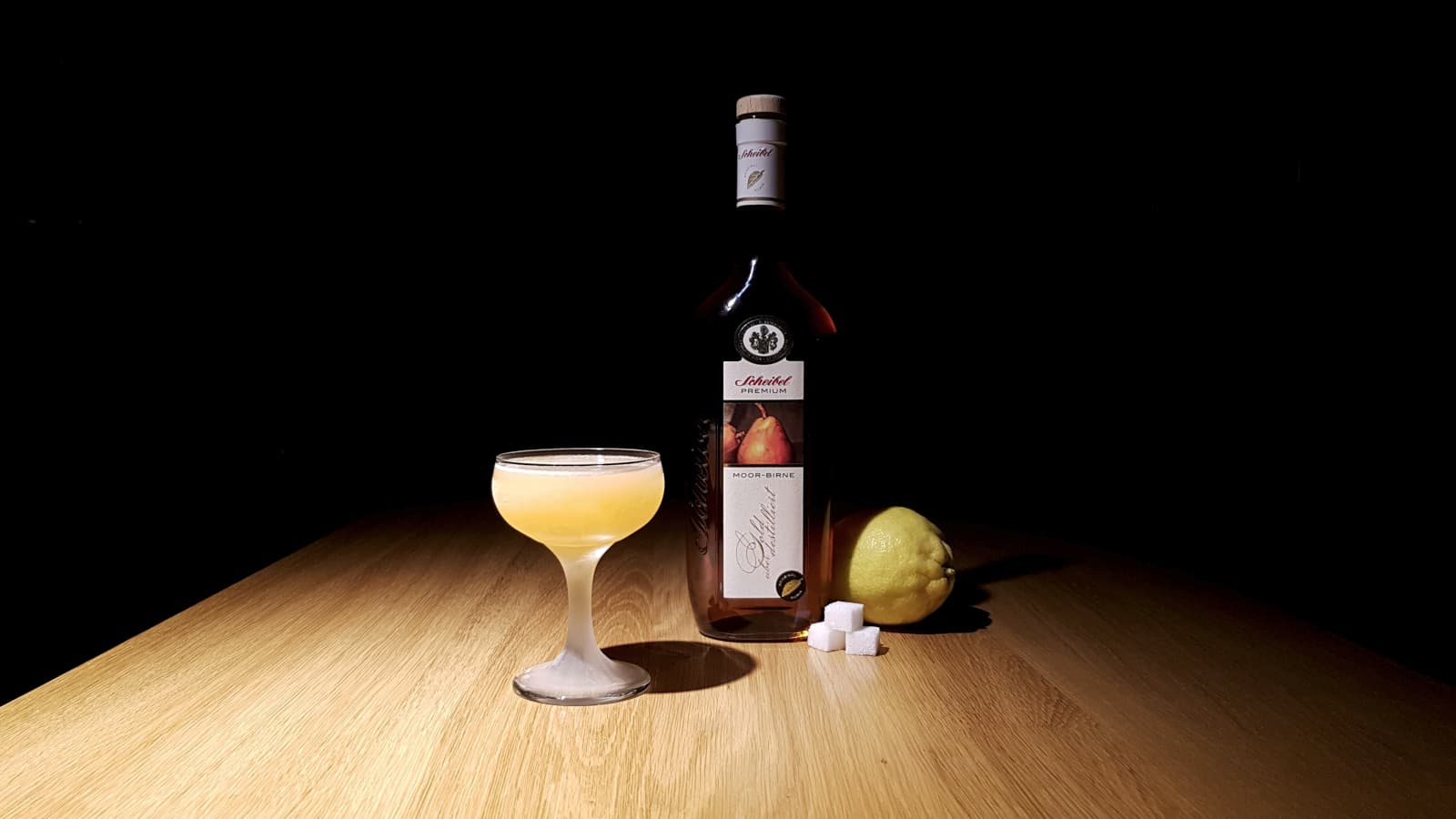 After the Williams Sour the Mobi Sour is another creation from Le Lion in Hamburg that shows how wonderfully eau de vie and especially those made from the Williams pear can be used. A drink that should definitely be tried.

The story of this drink begins with a visit by Jörg Meyer to the new premises of Weinquelle in Siek. He was given a spontaneous tour there and a conversation developed with the owners. It was also about eau de vie and how often they are underestimated in the bar. Of course, in this context, they also came up with the Williams Sour that has been offered at Le Lion for years, for which the eau de vie was changed some time ago. Since then, they have been using the premium Williams from the Scheibel distillery. And so it is not surprising that Jörg was asked whether he already knew the Moorbirne from Scheibel.

A bottle of the same found its way to Le Lion. The first guest, Mrs Fischer, was already present and Jörg handed the bottle over to Dirk Güldner with the request to prepare three sours from it, one for Mrs Fischer, one for the team and one for Jörg. The result was completely convincing, and we too can only congratulate Jörg on this inspiration.

A name for the new drink was quickly found. It was Nico Ohlmann’s idea: Mo(or)bi(rnen) Sour. Now the Mobi Sour is on the menu at Le Lion. If you don’t know the drink yet and are visiting Le Lion, you should order this drink there and enjoy it.