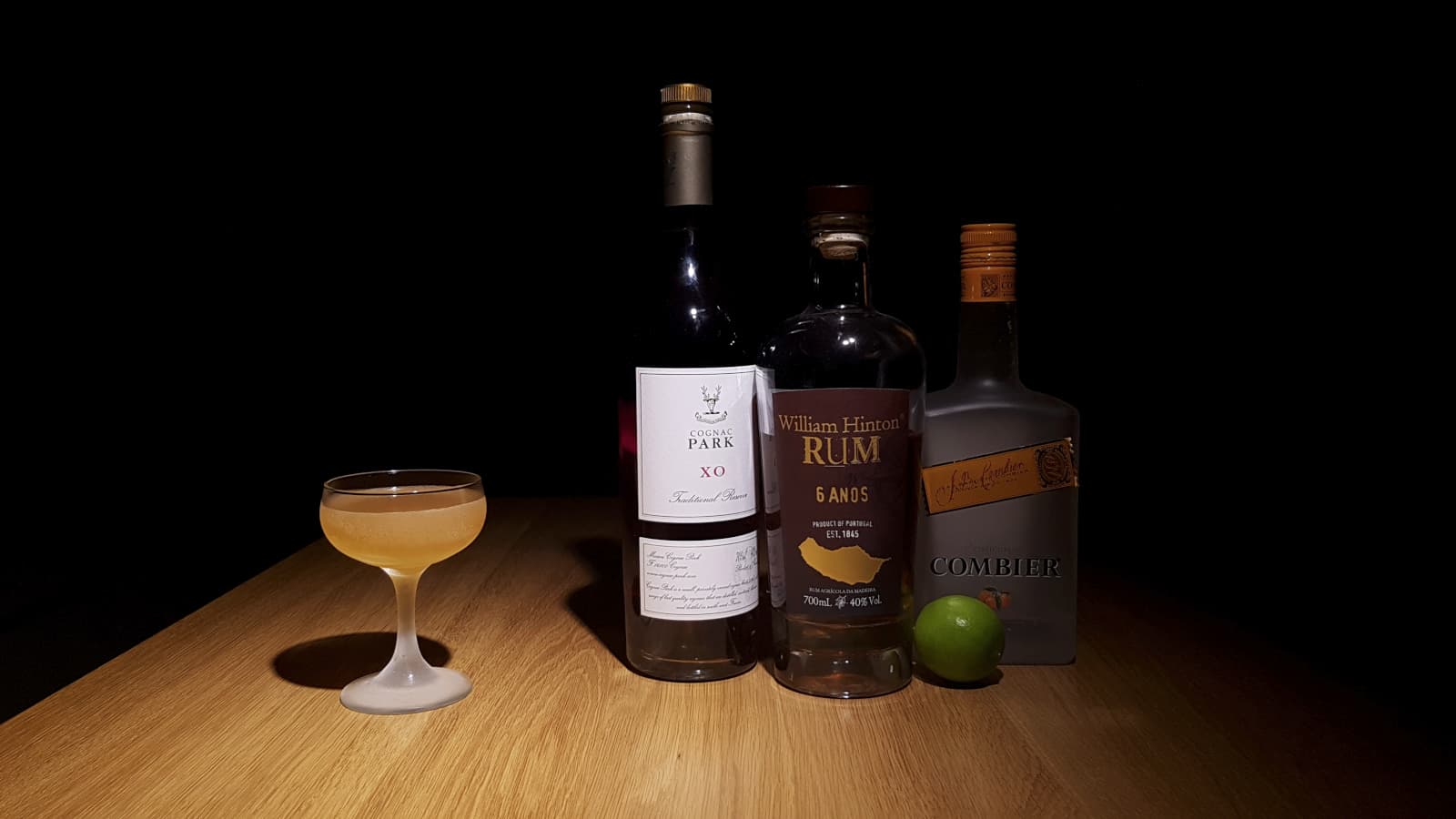 If you like the Quaker’s Cocktail, you’ll also be happy with the Embassy Club: a combination of cognac, rum, triple sec and lime juice.


The Embassy Club is in the tradition of a punch. An example is the Curacoa Punch from Haney’s Steward & Bartender’s Manual, published as early as 1869: „Fill a large bar glass with shaved ice; 1 tablespoonful of sugar; 1 wine glass of brandy; 1/2 wine glass Jamaica rum; 1 pony glass of curaçoa; the juice of a lemon. Shake this well, and ornament with a couple of slices of pineapple, and berries if in season.“ [1-21]

If you use lime juice instead of lemon juice and change the proportions a little, you practically have an Embassy Club – which does without sugar, as there is enough in the curaçao or triple sec.

You can compare the Embassy Club well with the Quaker’s Cocktail. The latter uses raspberry syrup instead of curaçao and lemon juice instead of lime juice.

In 1933, the Embassy Club was published in “Hollywood’s Favorite Cocktail Book”. It is made with equal parts brandy, Cointreau, Jamaica rum and lime juice. It is followed by a recipe in William T. Boothby in 1934. We have not found more references.

Where the drink got its name from cannot be determined. It was probably named after an “Embassy Club”. Which one it was is unknown. However, it can be assumed that such a club existed. In 1922, Robert Vermeire states in his book “Cocktails” that he worked at the Embassy Club in London. [2-27] But there were also clubs of this name in the USA, for example in Des Moines in the state of Iowa. [3]