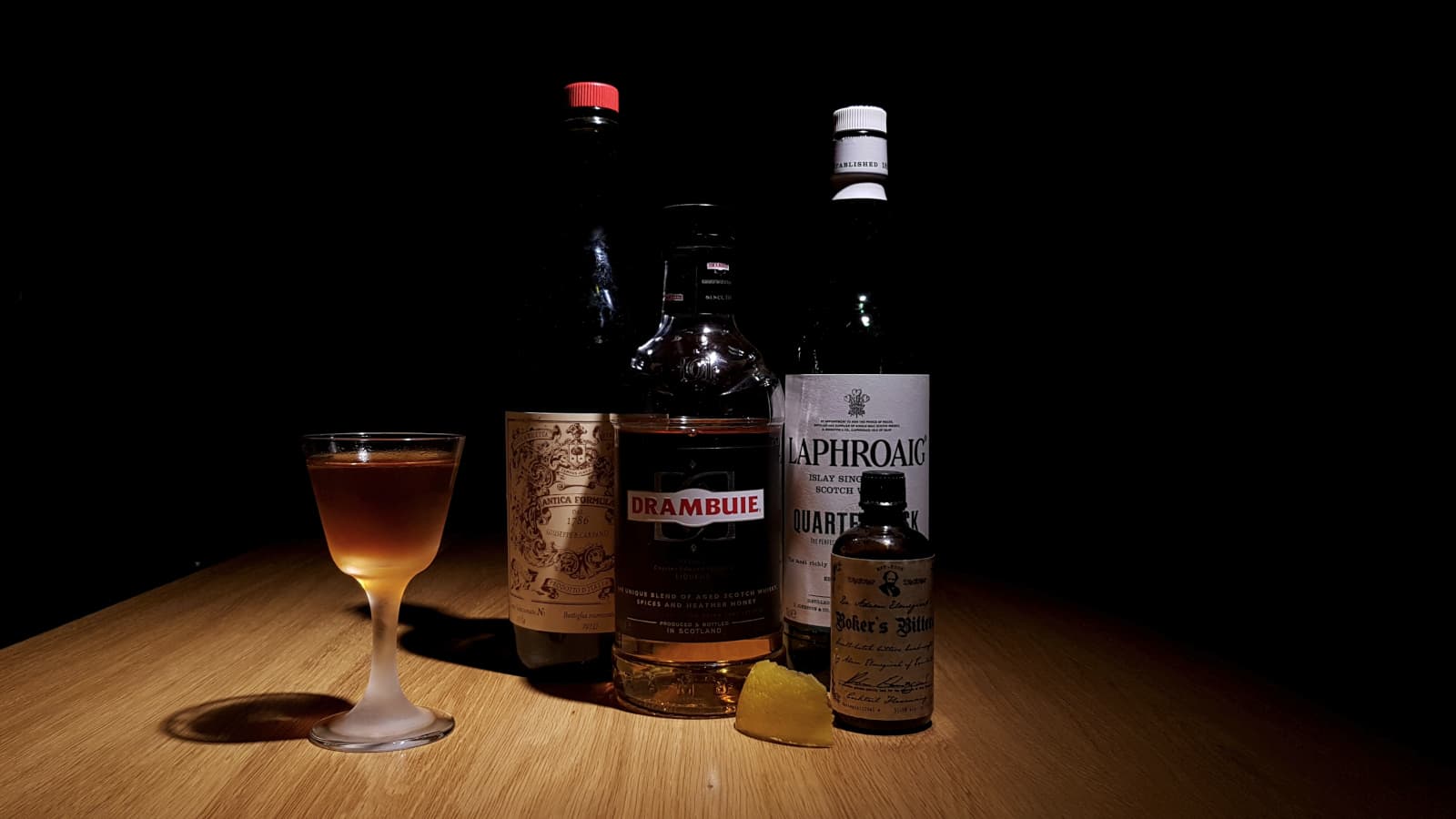 The B.F.G. is a relatively unknown drink that deserves to be made better known. Its herbal Drambuie notes harmonise wonderfully with strong Laphroaig flavours and spicy vermouth.

Adam Elmegirab won the “Drambuie UK Cocktail Competition” with the B.F.G. in 2010. According to him, it is a variation of the Rusty Nail. The latter is made with Scotch and Drambuie, with the Scotch in the foreground. However, one could also interpret the B.F.G. as a variation of a “Sweet Fancy Rob Roy” (compare our comments on the Manhattan), in which the proportions of scotch and drambuie have been swapped as a “modern” flavouring. Adam Elmegirab shares this view in his book published in 2017. He describes his drink as a hybrid of Rob Roy (consisting of Scotch, vermouth and bitters) and a Rusty Nail (consisting of Scotch and Drambuie). [1]

However, a review of the historical recipes shows that the B.F.G. had predecessors. Although these are prepared with different proportions, they are very similar to the B.F.G. in their basic composition. In 1937, R. de Fleury published the “Johnnie of Skye”, made from two parts each of Italian vermouth (martini) and Johnny Walker whisky, one part Drambuie and a dash of Angostura bitters. The “Braemer Cocktail” published by Harry Schraemli in 1966 also bears a certain resemblance. It consists of equal parts Drambuie, Scotch and dry vermouth with a lemon zest.

For the name, Adam Elmegirab states: „The name is a nod to the first recorded reference of a drink combining whisky and Drambuie, the B.I.F., from 1937, which was named for the British Industries Fair held annually in Birmingham from the 1920s until the mid-20th century. I created this drink for the 2010 Drambuie Cocktail Competition. I formulated it specifically with the lead judge in mind – Simon Difford, of beverage industry publication Difford’s Guide, after reading an article where he’d been looking for the perfect whisky for the Rusty Nail. His choice? Laphroaig 10 year old.“ [1]