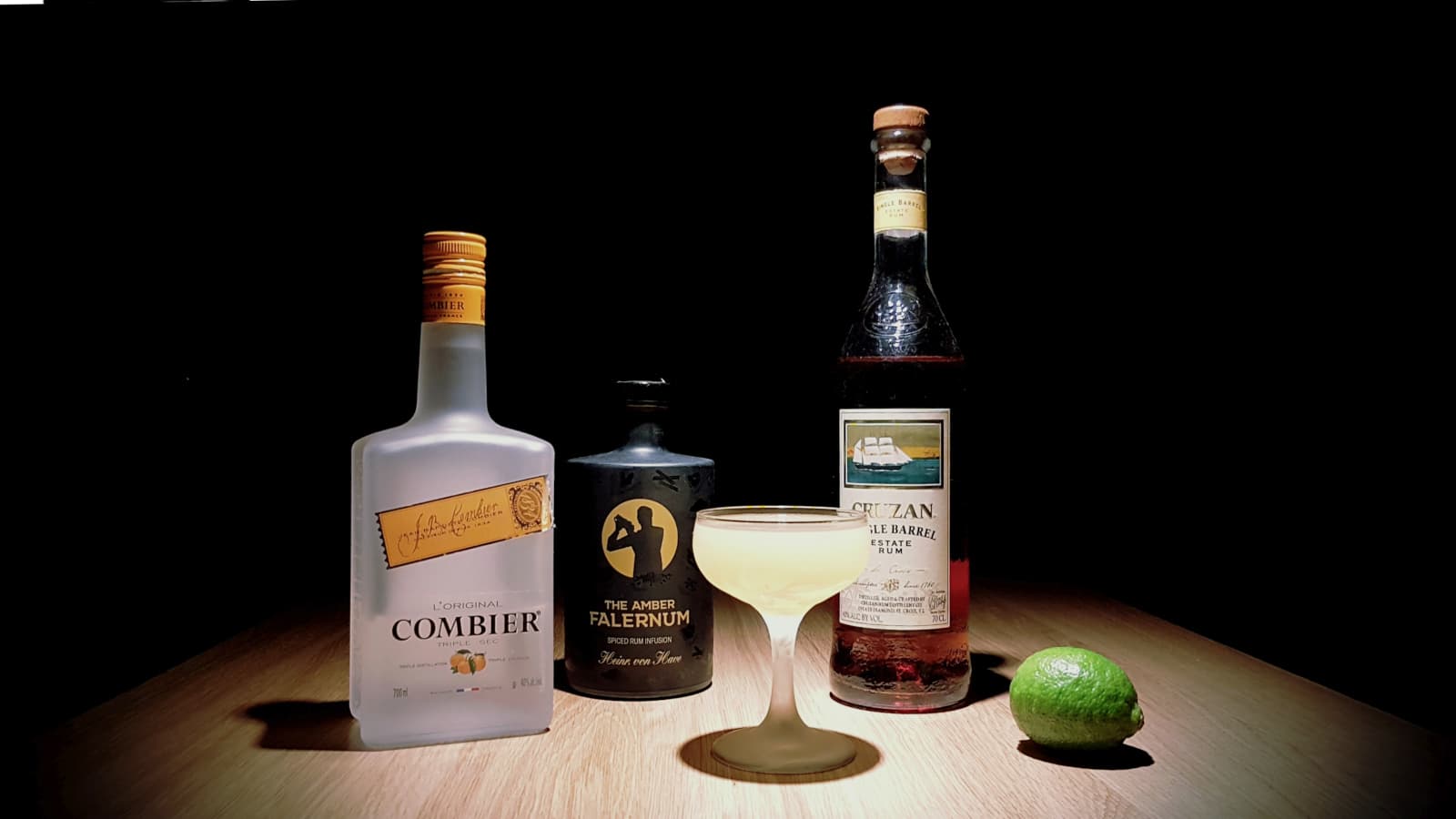 The “Royal Bermuda Yacht Club Cocktail” originated around 1940 and is for many a kind of early Tiki drink, because in it rum, falernum, lime juice and triple sec find each other.

The Royal Bermuda Yacht Club is a private yacht club founded on 1 November 1844 as the Bermuda Yacht Club by members of the British Army and local seamen in Hamilton, Bermuda. [1] [3] In 1846 the Royal Privilege was obtained to call itself “Royal” and the suffix “Royal” was added. [3] The patron of the club became Prince Albert. The club moved to its present location at Albuoy’s Point in Hamilton, Bermuda in 1933. [1]One reads that the drink is a spicy-aromatic daiquiri variant that uses falernum and orange liqueur instead of sugar syrup and is also prepared with Barbadian rum. The reason for the latter is the fine, special aroma of the rum. This balances the cocktail and is decisive for this drink. [2] [4] Some even see it as a drink that is somewhere between a daiquiri and a tiki drink. [4] We would like to object here that one would first have to ask the question what makes a daiquiri a daiquiri and not “just” a rum sour, but we will leave this discussion aside, because that is not the point here.

In fact, a rum from Barbados usually makes the better drink, which is why it is called for in the historical recipes. However, we have found that Cruzan Single Barrel Rum from the American Virgin Islands is even slightly better and have changed our recipe accordingly.

It is not known who invented the drink, but it first appears in Crosby Gaige’s “Cocktail Guide”. Apparently, the desired flavour profile of the drink was not yet more precisely defined at that time, because sugar syrup may be used instead of falernum in this recipe, and brandy instead of Cointreau. [4] In the following publications, too, the recipe fluctuates back and forth. However, the recipe with falernum and triple sec has become generally accepted.

Mrs. Mabon first met up with her favorite concoction
at the Royal Bermuda Yacht Club, Hamilton, Bermuda.
It is currently considered one of the best rum
drinks of the island.

3 parts Barbados Rum
1 part Lime Juice
1/2 part Falernum or Sugar Syrup
Dash of Cointreau or Brandy
Shake with plenty of ice and strain into cock-
tail glass.
With such a drink the plantanitos fritos (fried ba-
nana chips) and the taro chips that are new on the
market are appetizing. Serve with these very small,
not stuffed, green unseeded olives on a bed of crushed
ice with the juice of half a lime squeezed over them.