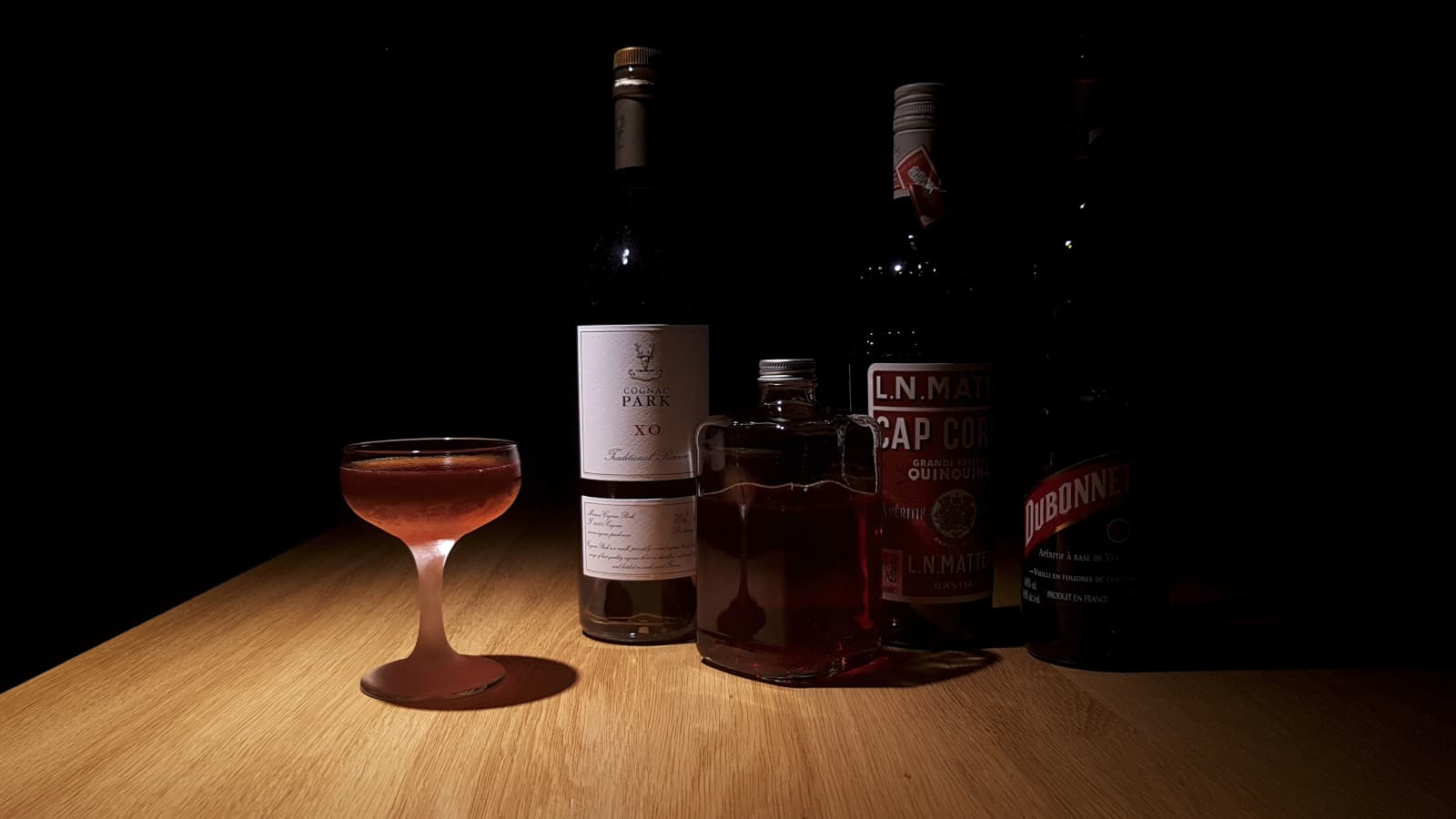 The Boulevardier is one of our favourite drinks. During our research, we discovered that there is another cocktail with this name, but we didn’t pay much attention to it. Coincidentally, Marian Gadzewski from Hamburg’s Le Lion had served it to us later, and we were very impressed. It was an exquisite choice.

Today we want to turn our attention to a cocktail that is also called Boulevardier, but is different from the one commonly known as Boulevardier. We call it Boulevardier 1929 to distinguish it from the other cocktails, referring to the year in which it was created. As we explained in the post on the Boulevardier, the “original” Boulevardier appeared in Paris in 1927 in Harry McElhone’s book Barflies and Cocktails. The Boulevardier 1929 appeared in the anonymously published book “Cocktails de Paris”. Fortunately, it tells us exactly who invented it. It was a certain Robert from the “Viel” who won the Grand Prix with it at a bartending championship held in Paris on 2 February 1929: “ROBERT DU “VIEL”. Grand Prix au Championnat des Barmen disputé à Paris le 2 février 1929.” Whether he was inspired by Erskinne Gwynne’s Boulevardier for this drink, or whether he devised it not knowing it, cannot be determined. But the two recipes are sufficiently different for the Boulevardier 1929 to be considered a drink in its own right. It appeared one more time, in 1934, in William T. Boothby’s “Cocktail Bill” Boothby’s World Drinks. After that, we hear nothing more about it, not until Harry Schraemli published it again in 1965 and 1966. No wonder we overlooked him at first.

In the original recipe, a Raphaël is used as the Quinquina. It is available – at least today – in red and white. It is made on the basis of wine and contains, among other things, quinine, bitter oranges, vanilla, cocoa beans and vanilla. [1] We follow Marian’s recommendation and have chosen the Cap Corse Grande Reserve Quinquina Rouge by L. N. Mattei as an alternative. It also contains cocoa and quinine [4] and works in this drink. Beyond that, though, we swapped the Campari for our House Campari, which works wonderfully here, unlike the modern Campari. We have already explained in detail why this substitution makes sense in our post about the Boulevardier, and what was said there will not be repeated here.

Robert, the inventor of the cocktail, worked in the “Bar Viel” of the “Hotel de Paris”. This hotel was located at no. 8 Boulevard de la Madeleine. Today you can stay there in flats, in the “Resicence Madeleine Opera.” The building that stands there today is said to have been built in 1930 or the 1930s. [2] [3] We cannot verify whether this is true. The information does not come from an official source. Doubts are certainly warranted, because for our own building, for example, there is a wide variety of information circulating, often considerably different. Perhaps the Hotel de Paris was opened there at an earlier time – in which case the drink was created in the bar of this building – or the hotel was demolished and rebuilt. In that case, the cocktail would have been created in the previous building. Our tendency, however, is that the building was already there at the end of the 1920s. This is how it looks today: https://goo.gl/maps/okxDnVB8xBrKhgUo8