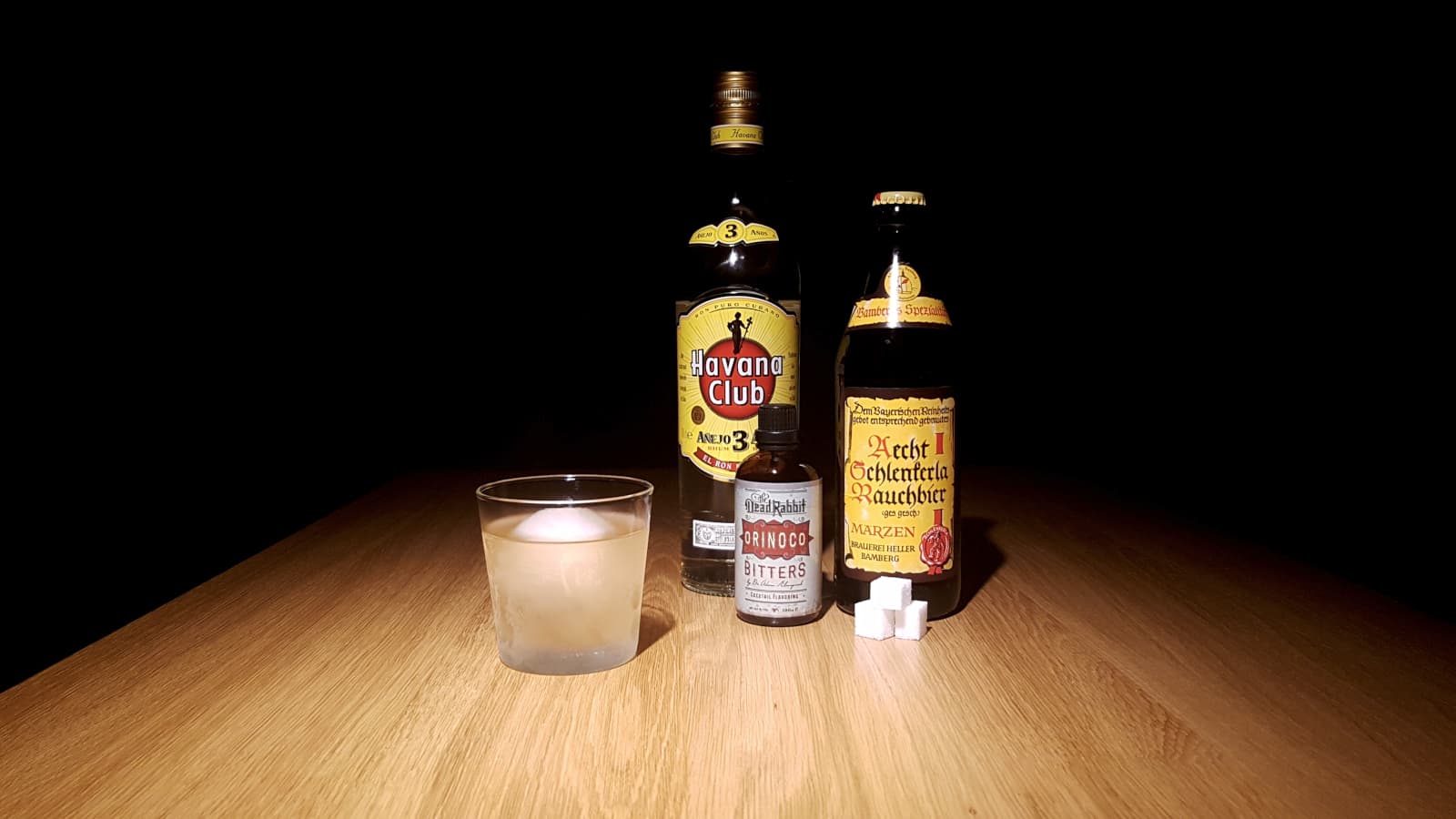 You love rum and smoked beer? Then this is an old-fashioned cocktail for you!

Preparation: Stirred, serve in a tumbler with a large piece of ice.

Time and again I have read about Don Lee’s Benton’s Old Fashioned. For this, a bourbon breakfast bacon infusion is made and then an Old Fashioned is prepared from it with maple syrup, Angostura bitters and orange zest. [1] [2-62] This method of preparation is now known as “fat washing”. I have never tried this Old Fashioned, and making such an infusion at home was a bit too much work for me, especially as the result might not convince me, and then a whole bottle of bourbon would be gone.

On a trip to Bamberg a few years ago, we got to know and love Schlenkerla’s Märzen Rauchbier. It’s certainly not for the ordinary beer drinker. This Märzen tastes like an intensely smoked ham. A delight for us!

At some point I had the idea of making a sugar syrup with it. It’s very easy: 2 parts sugar to 1 part beer, boil up briefly, done. The result was not bad, but we were not sure what to combine this syrup with. The first attempts were less good, and so this syrup was forgotten again. Until recently. On 28 March I had the syrup in my hands again, and it occurred to me that it might go well with a light rum, the three-year-old Havana Club.

No sooner said than done. The rum is not too dominant and leaves enough room for the smoke flavours, but at the same time it has enough flavour of its own. Both harmonise wonderfully with each other. The right bitters are important, and I opted for the Orinoco bitters.

We love Old-Fashioneds, and this variant is definitely one of the best we know. Referring to the smoked beer that is produced in Bamberg in a centuries-old tradition, we call it: Bamberg Old-Fashioned. Cheers!